The Curse at St. Patrick's College

According to Irish lore, a negative spirit has taken up residency in St. Patricks College in Maynooth. Preists have been training within the college for over 200 years, yet the stories seem to stay the same.

The first suicide happened in the 1840s. A resident in Room 2 at the Rhetoric House was found dead with a self-inflicted slash through his throat. Room 2 remained vacant for the rest of the year. The blood stain still remains seeped into the floors. 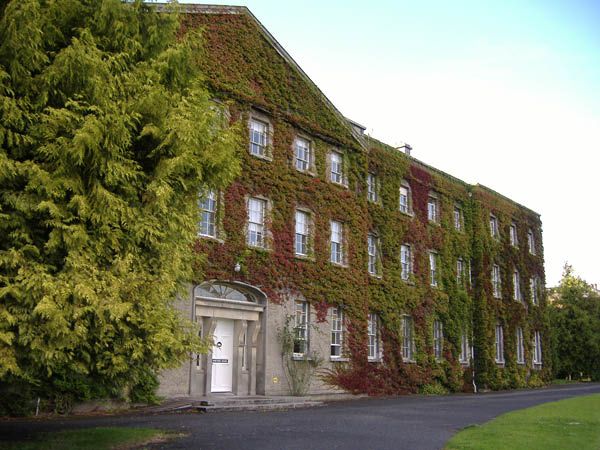 Another student was assigned to the room the following year, having no clue what happened there. He was later found dead in the room in the same manner. Years later, a new resident in Room 2 attempted suicide by jumping out of the window. Before he died, he said that he saw the devil in the mirror looking back at him and that he had a desire to grab his razor and end his life. He threw himself out of the window to try and get away from the demon.

According to the legend, a priest stayed in that room to try and figure out what was happening. The next morning, his hair had turned completely white. He never spoke about what happened. 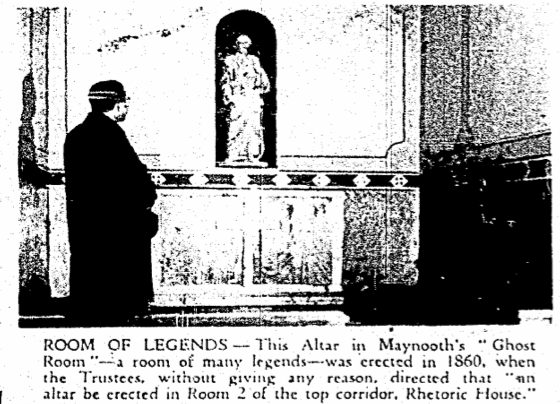 After that priest had "investigated," Room 2 was completely shut down as a residence and turned into an oratory. Now, students at St. Patricks College use the room to meet with their History Professor or print out some papers.

Iconic paranormal researcher Hans Holzer investigated the room with psychic Sybil Leek. They claimed that they felt fear and the desire to run, as well as a strong presence around the statue of St. Joseph. Even though this is all lore and rumor, students are prhobited to bring a mirror into the room to test it out.