The Cursed Story of Nellie Horan

The Horan family were best known by their small town of Whitewater, WI as wealthy and aristocratic. Joseph and Juditch Horan had four daughters: Gertrude, Nellie, Anna, and Agnes. Gertrude was the only one who did not live in Whitewater with her family.

The family moved to Whitewater in 1880. In 1882, Judith suffered a terribly painful and sudden death. She displayed symptoms of poisoning right before she died, but foul play wasn't suspected in her death. Her husband died after suffering "terrible spasms and convulsions" six weeks later. 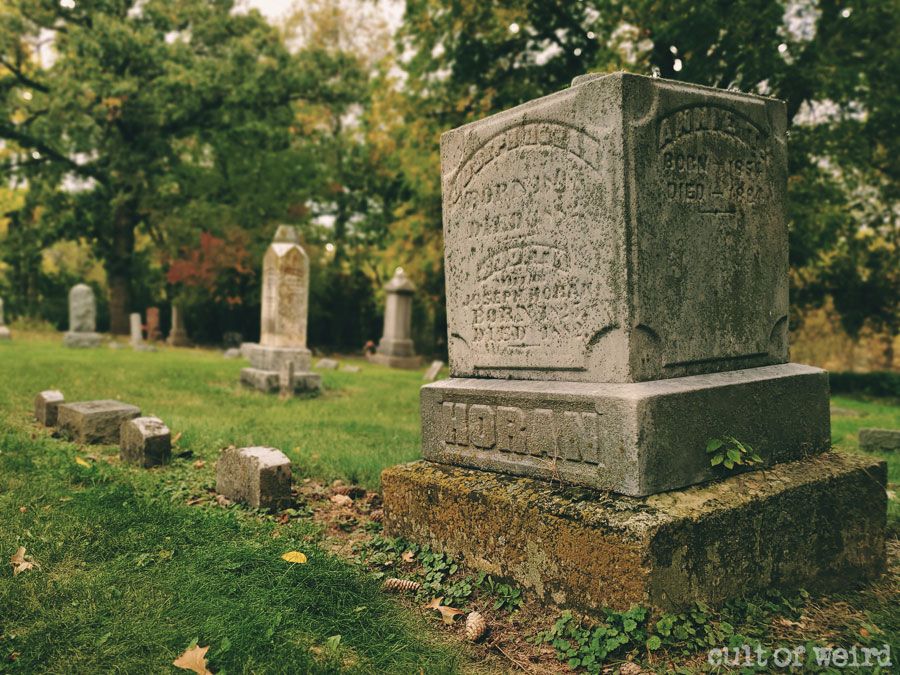 The family inheritence (around $5,000) was split between the daughters. Agnes, the youngest, got the largest portion due to her age. She was reportedly extremely distraught at her father's funeral.

Two months later, 17-year-old Agnes was found dead in the family home. Her share of the inheritence was then split between the three remaining sisters. Of course, Whitewater officials were suspicious of the deaths but could not figure out who would have it out for them. Anna and Nellie remained in Whitewater while Gertrude continued on with her life away from the town. Things were quiet for two years. 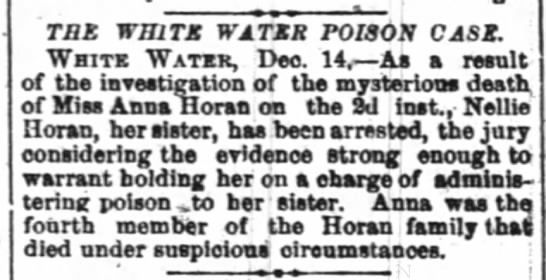 Then, on November 30th, 1884, Anna fell ill. Nellie arrived to her home a couple of days later to try and help her ailing sister out. She gave Anna a dose of what was supposed to be opium powder, but Anna was dead just hours later on December 2nd, 1884. The coroner found strychnine in her stomach. Nellie was seen buying the chemical just a few days before, but she said it was for the rats in her office.

Nellie was put to trial but then aquitted. She went on to get married, have children, and then die of natural causes on October 23rd, 1938. She was buried with her family. Locals still believe that she killed her family for the money.