The Disappearing Village of Angikuni Lake

The people of Angikuni Lake were energetic and extroverted, but one day, out of the blue, they disappeared.

It was November in the northern Canadian province. The year was 1930, and trapper Joe Labelle was making his weekly pass-through of the Inuit village that he became acquainted with several years in the past. However, instead of being greeted in the same way that he had been for the past four years, nobody responded to his welcoming calls from afar.

Thinking that this was strange, Labelle pushed forward only to discover that the entire village that he had come to befriend was missing. Fires were half put out, food and clothing were littered around the campsite as if the Inuit tribe had just left moments ago.

There were no tracks, no evidence that they went anywhere, and not a single soul within an earshot of where Labelle was standing. 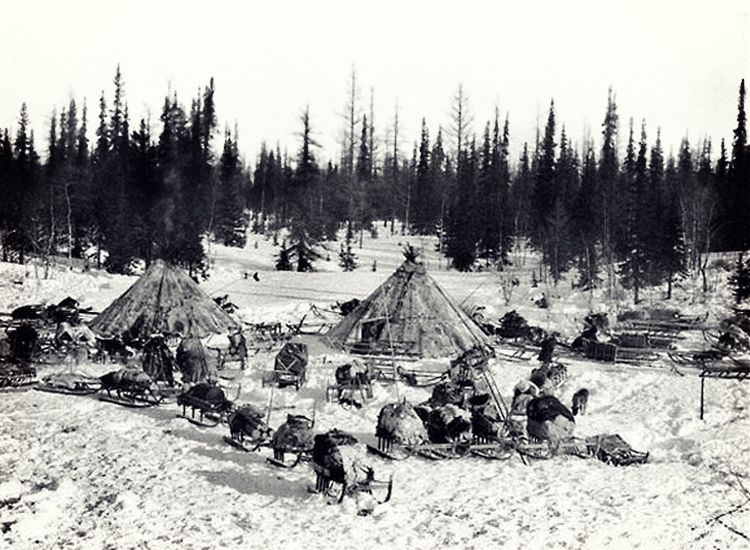 Labelle raced back to town to alert the Canadian Mounted police. They, and Labelle, spearheaded an investigation that spanned nearly 500 kilometers in diameter around the former Inuit site.

20 kilometers north of the campsite, Labelle and the Mounties found 8 sled dogs dead and buried in the ice. Additionally, the Mounties noted that this Inuit tribe had been using sealskin and willow to insulate their clothing and canoes. This was unusual, because there was no willow, nor were there seals within 60 kilometers of this campsite.

This would indicate that this was a traveling tribe, but Labelle swore that they had maintained their position in the same spot for the past 4 years at least, which would have made no sense based on how fresh their sealskins were.

The town was never discovered, and the Canadian police left this case unsolved.