The Disturbing Crimes of Matthew Hoffman

Hoffman was hesitant to act, but in one hour he had committed four murders and taken one hostage. 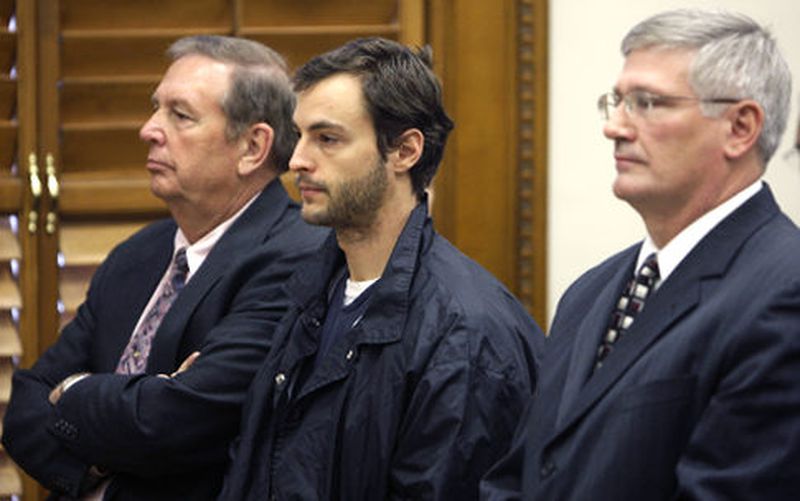 In the afternoon of November 9th, 2010, Matthew Hoffman hid in a sleeping bag in the woods across from Tina Herrmann’s family home. Herrmann had two children, Kody (11) and Sarah (13) who were both finishing up their days at school while he prowled the outside of their home.

Hoffman hid in that sleeping bag for the entire night, he waited until the next morning when Tina took her kids to school, as she was leaving she left the garage door slightly ajar.

Initially, Hoffman only planned on robbing the family, but after an hour of being in their home, Tina returned with her friend Stephanie. Even though in his original testimony Hoffman stated that he had no intention of killing anyone, but he brought a serrated “jungle knife” with him for “self-defense.”

When Hoffman felt like the women detected his presence, he stealthily killed both of them with his jungle knife and started dismembering their bodies, tossing their limbs in the familie’s bathtub.

After several hours of being in the house, Kody and Sarah both returned from school. Sarah sprinted from the doorway up the stairs to her room, escaping Hoffman’s clutches. Hoffman then turned and stabbed Kody, killing him instantly.

Hoffman then chopped up Kody’s body and left it with the other two that he had formerly chopped up. He went upstairs and grabbed Sarah, he bound, gagged, and blindfolded her and he brought her to his house.

Hoffman bound Sarah to the floor and fastened a makeshift plastic diaper to her. For four days, Hoffman talked to her, made food for her, played video games with her, and even slept with his arm around her.

After those four days were up, Hoffman’s house got raided by the police. They found HUNDREDS of bags of leaves in his home, so many bags of leaves that they were afraid that the bodies from the house were hiding in the bags.

When the police searched the basement of this home, they found Sara, bound and gagged, tied to a bed of leaves.

Hoffman is now serving a life sentence with no chance at parole. Sarah returned to the custody of her father, two years after the incident she began returning to school and regularly seeing a therapist.