The Eerie Legend of the Singing Rain

New Orleans was originally a French city when folks settled there in the early 1700s. In 1763, King Louis XV gifted the state of Louisiana to his Spanish cousin, King Charles III. This exchange wasn't made public, so the people who lived in New Orleans were startled to see a Spanish armada approaching them.

The Spaniards tore down their flag and replaced it with Spain's. Naturally, this angered the French locals to quickly rebelled. They ended up capturing the Spanish Don and tied him naked to a sailboat before shipping him off to sea.

Once the Spanish heard of this rebellion, they reacted tenfold. A new Spanish Don approached New Orleans with a fleet of 24 ships. They found those who were responsible for killing the previous Don and murdered them. The Spanish decided to make a show of it...

They decided to showcase those who they murdered at the front of a church on posts. They intended for the dead bodies to rot in front of the New Orleans citizens to show them just what happens when you rebel.

A local priest was upset by the display of the dead. He urged the Spaniards to remove the bodies and give them a proper burial, but they refused. The priest wasn't going to let that stop him, and he developed a plan...

One night, it was raining so hard that the guards couldn't even see in front of their noses. The guards, who were tasked with watching the dead bodies, had to take cover due to how severe the storm was. It was loud and wild. 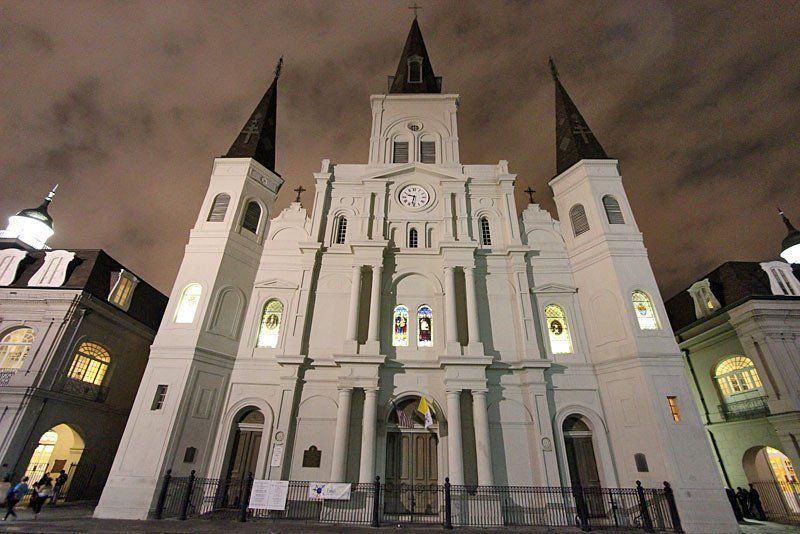 The Priest knew that it was the perfect time to strike, so he gathered a group of other rebels to retrieve the bodies of the men and bury them. Together, they sang hymns at the top of their lungs as they retrieved the bodies. The guards could only hear them singing but could not see them.

The group constructed pine boxes for the murdered men and buried them in St. Peter's cemetery.

Legend has it that you can still hear their singing during intense storms.