The Final Resting Place of Nancy Luce: The Chicken Lady

Nancy Luce was born in West Tisbury, Massachusetts back in 1814. She took care of her elderly parents all of her life. It was tough on her mental state and she took solace in caring for the family chickens on the property.

In order to take care of her family and the farm, she had to sell hand-knit stockings for tobacco, which was then sold to her neighbors for money. She also sold eggs from the chickens and children's books that she wrote herself.

When she was 27, her mother died. A few years later, her father died. She was officially alone on the farm.

After her father died, her neighbors noted that she could not take care of herself. She was slowly going insane. 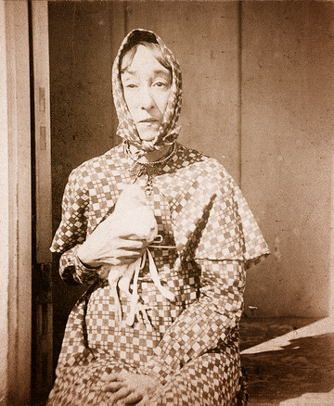 Her neighbors wanted to find her a legal guardian to help take care of her. Nancy's doctors and close relatives didn't approve the notion, so she was left to fend on her own.

Nancy was totally alone with the chickens and her thoughts.

By 1840, she couldn't even ride her horse into town. Instead, she relied on the farm animals to keep her company. In one of her diary entries, she said that a three-legged cow named Red Cannon was her best friend.

Nancy was extremely close to her chickens. She named every single one of them and buried them when they passed away. She even made custom tombstones for every single one. Since she wrote for the local newspaper in order to make some money, she became a bit notorious in the town.

In fact, she also became the center of ridicule at points. Teenagers would break into her property and terrorize her home in the middle of the night just to scare the "Crazy Chicken Lady."

That didn't stop her from tending to her chickens. Her writings reveal that they were the only living creatures that she could relate to.

Teeddla Toona, Levendy Ludandy, and Otte Opheto are just some of the tombstones that you can find on Nancy's property.

She died in 1890, but every year, another chicken's tombstone is left on the property. It's pretty much what's happening with Edgar Allen Poe's gravesite, except with chickens.