The Ghost Who Got Revenge

When a journalist moved into a tiny cottage with her husband, she was excited. She wrote for the local newspaper and the local folk seemed to love her column, especially about her journey moving to the countryside.

One night, she and her husband woke up to a horrifying howl. At first, they thought it was an animal outside. Her husband scoured their yard to find the animal but didn't see anything. Later, she joked in her column about living in a haunted home.

Weeks later, they heard mumbling. The mumbling turned into a louder moaning like someone was hurt. The couple tried to find out what was going on but couldn't figure it out.  She told her readers that she felt like the sounds were of an "unearthly origin." 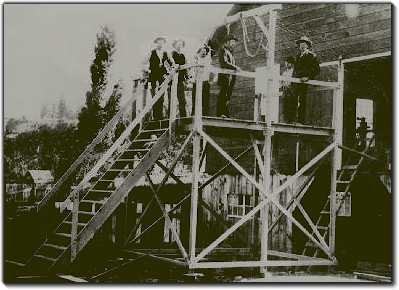 The moaning and mumbling went on for weeks. Every night, the couple would be running around the home trying to find the source of the noise. After a while, they realized that they never tried the basement. There wasn't much there except for some storage...

The writer's husband went down to investigate. He saw something of importance, so he made his way back to the steep staircase. Then, he tripped.

Protruding from the ground was a human bone. Horrified, he ran back upstairs to tell his wife. In the morning, they notified the town's lawman who started an investigation. Naturally, they went to talk to the previous owners... Elizabeth Potts. 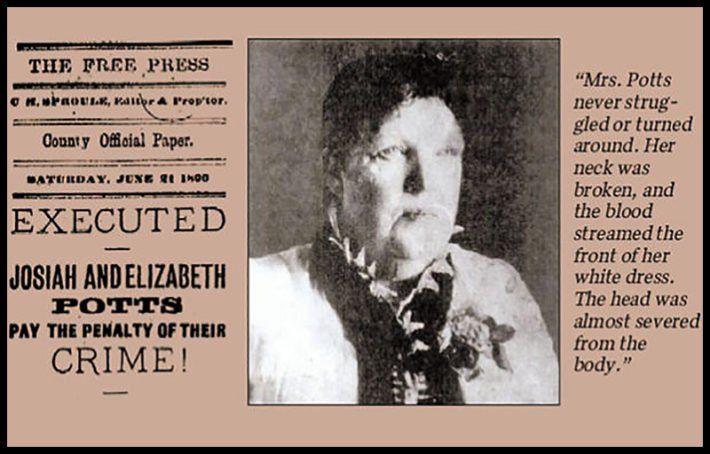 Turns out they were able to figure out who the poor soul was as his identification card was laying next to him... Miles Faucett was a man who was rooming with Elizabeth Potts and her husband, Josiah. That little fact made the couple the sole suspects.

Elizabeth and Josiah were interviewed separately. Elizabeth kept her composure but Josiah immediately confessed to disposing of Miles' body after his wife killed her. They went to trial and their five-year-old daughter testified, telling the judge that her mother murdered Miles.

They were both sentenced to death, but the community rallied around Josiah. Apparently, Elizabeth was known to be a brute force in the home and has Josiah doing things he never wanted to do. Eventually, the judge kept his decision to execute both Elizabeth and Josiah.

If it wasn't for those bizarre noises, Miles' body may have never been recovered and the couple wouldn't have paid for their actions.