On April 18th, 1924, firefighter Francis Leavy was in a notably bad mood. His fellow firefighters asked him what was wrong. Leavy said that he felt like he was going to die that day. Naturally, that response creeped them out, but they didn't think much of it. He was probably just moody.

That day, they were called out to a building fire. When they arrived, the fire was somewhat maintained. Sadly, that didn't last long, and it quickly grew out of control. Walls began to fall and trap people inside. Eight people had died... One of them being Francis Leavy. 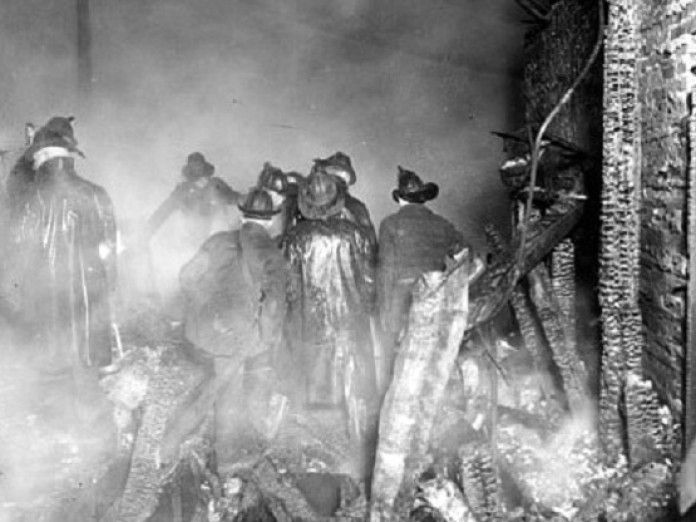 After an investigation, it was determined that Curran Hall was deliberately torched by the building owners. They did not want the building anymore and wanted the insurance money. They were convicted of their crimes and sent to jail.

Everyone at the fire station was grieving for a tragic and senseless loss. They needed to pick up where they left off the day before, but one man short. Oddly enough, when one of the men went to finish cleaning a window that Leavy had left, he noticed a handprint. Obviously, it reminded him of his friend. When he went to finish cleaning the window, he noticed that the handprint wouldn't come off. 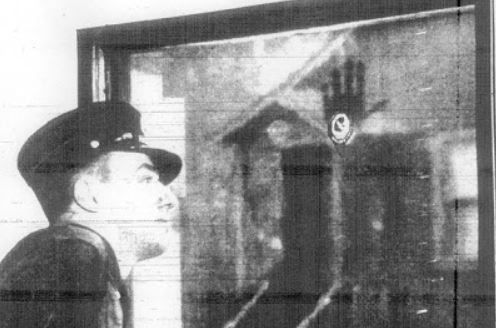 Every fireman in the station tried to scrub the handprint off. The used water, soap, ammonia, and even acid. At one point, someone tried to scrape it with a razor blade. Yet, the hand stayed. The handprint stayed there until a newspaper boy accidentally broke the window in 1946.

Legend has it that it was Leavy's handprint... His final mark in the firestation.