The Pony Express (1860-61) was a dangerous mail service in which horseback riders would journey across the country within three weeks. The route went through Kansas, Nebraska, Colorado, Wyoming, Utah, Nevada, and California. It wasn't just a straight shot, either. Riders had to face nasty weather, rough rivers, and steep mountains to get to their destination.

Naturally, many riders perished on their trips. Since it was such a dangerous task, Pony Express managers required riders to be no more than 18-years-old, weigh less than 125 pounds, and be well-built to protect themselves from any outside dangers.

The Pony Express hired over 100 riders, but a majority of them perished on their journey's. The business only lasted a year and a half before they realized it wasn't feasible anymore. The loss of life was not cost-effective... 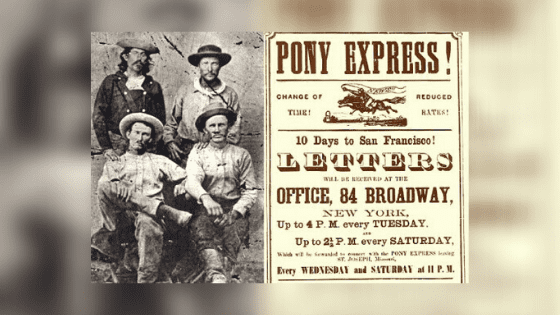 There were relay stations every 10 to 15 miles for riders to exchange horses, rest, and possibly even relieve duties to another rider. After the Pony Express fell apart, many of those stations were abandoned and fell into ruin. The Hollenberg Station in Hanover, Kansas was rescued by citizens of the town and was restored in 1869.

Hollenberg Station has been a museum ever since. Folks who have visited the property believe that it's haunted. Residual hauntings and poltergeist activity seem to be the most prominent. Both visitors and staff members have heard angry male voices, horse hooves stomping, and other bizarre sounds.

Some people even claim to have seen the Pony Express riders wearing classic cowboy hats and chaps. The staff believes that a rider who was killed by an ambush haunts the station. 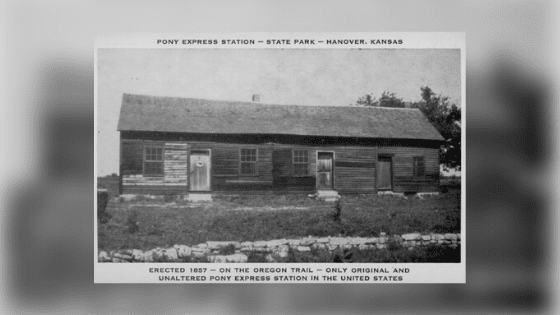 The station is now a national landmark. There's a visitor's center with a theater, museum, and gift shop (of course). This spot is for folks who want to have a paranormal experience or those who are interested in learning more about the crazy history of the wild, wild west.