The Horrifying Truth Behind Those Giant Spiderwebs

Locals found trees and plants covered in heavy, thick spider webs in Texas, Pakistan, and Australia. Naturally worried about their agricultural environment, they called government officials to take a look at the webs. Scientists were floored, but not because of the giant webs.

The scientists were floored because the webs consisted of multiple different species of spiders working together to create the massive webs. The scariest part: these species' are cannibalistic towards one another. And for some reason, they worked together. 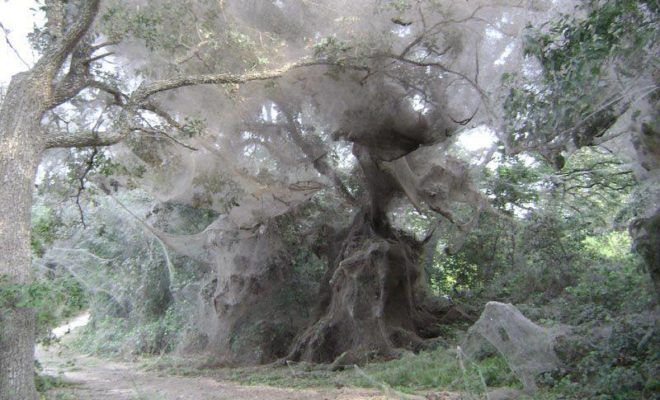 Each of the giant webs was formed after heavy rains plagued the area. The spiders worked together to share food and resources to ensure each other's survival. The webs were all combined to make it easier. A biologist for the Texas Parks and Wildlife Department has been studying the spiders closely.

Over 250 spiders were collected and 12 different families of spiders were identified. The most prevalent type of spider is called Tetragnathidae. “Tetragnathidae are usually solitary spiders who build their own webs and mind their own business, here they are sharing a lot of foundation strands that are all over the place. They don’t have individual webs anymore,” said Arachnid expert Hank Guarisco, of Fort Hays State University in Hays, Kan. 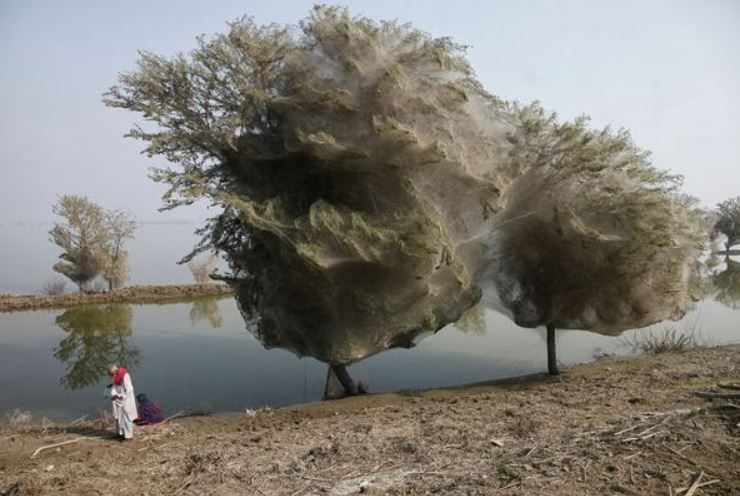 After studying these giant webs in different parts of the world, scientists can assume that the spiders rush to make these giant webs after heavy rain or water threatens their livelihood. They go and find any vegetation that they can and begin weaving a protective web, which ends up looking crazy on the trees and crops.

There's nothing to be scared of if you witness one of these webs. Unless you're scared of spiders, of course.