The Most Paused Parts Of Fan-Favorite Films

This 2008 film launched the iconic Marvel Movies Series franchise and was filled to the brim with cleverly hidden Easter eggs. One of many can be found here in the Iron Man workshop. If you sneak a peek in the background of this scene, viewers can spy what looks to be the shield of Captain America. 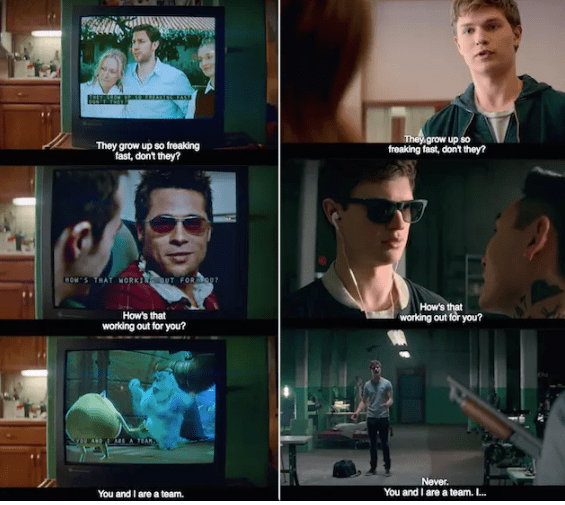 Baby Driver stunned audiences for its strange plot and killer soundtrack. In the film, there’s a scene where Baby flips through the channels and stumbles upon a few iconic shows and scenes himself. Later on in the flick, he repeats each of the dialogues that appeared in the closed captions. That's a sneaky secret!