The Mysterious Disappearance of Ambrose Small

Ambrose Small was a largely disliked man in Toronto. He was an extremely successful theater impresario who found a lot of success in his career. Despite that, many did not like him due to his life of “sin.”

Small loved his mistresses and gambled a lot of his money away… It never really mattered since he gained it back quickly after. He cheated on his wife soon after they were married, and even constructed a secret room in his office for his mistresses.

When he went missing in a snowstorm in the early 1920s, the community was more confused than worried. 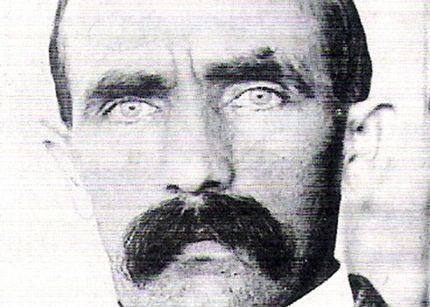 Small was last seen by a man who owned a newspaper stand. They knew each other well since Small came every morning to grab the paper.

This time, the paper was late, and Small was furious. The snowstorm was getting worse and he didn’t feel like waiting… He walked out into the storm and was never seen again…

It was days before people realized he was missing. His wife believed that he was on a bender or with another mistress.

A publishing employee claimed that he saw Small being force dinto a car by several men. Another man said that he saw four men burying something in the ground blocks away from Small’s mansion. A cleaning woman said that she saw a notice that was “prayers for the repose of the soul of Ambrose J. Small” says before it was made news that he was missing.

The weirdest part is that after his disappearance, he was spotted all around all over the city. Some say he was even spotted in France!

No one really knew what was happening or how he went missing. His body was never recovered.

He was officially declared dead in 1923. Some say they can still see his spirit in the Grand Opera House where he used to work. Even audience members report seeing his apparition on stage.