The small town of Pascagoula dealt with a lot of issues during World War II. They were called in to manufacture warships, which meant that a lot of people moved there for the influx of new jobs. In just two years, the population increased by 15,000.

The increase in population made tensions high. Eventually, things started to get weird. 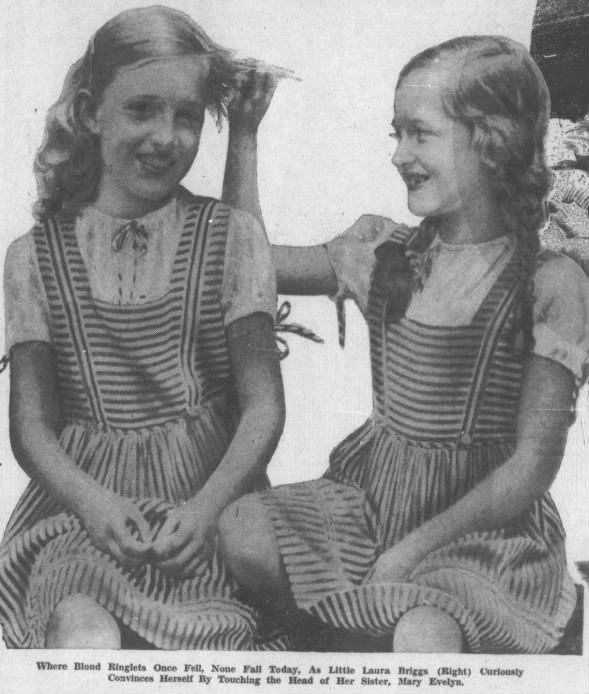 In 1942, Mary Evelyn Briggs and Edna Marie Hydel woke up in their bedroom with their hair cut. They were living at the convent of Our Lady of Victories and slept on the first floor. They were confused as to how their hair got cut and who did it. They told the sisters of the convent but nothing came of it.

By the end of the week, three people received haircuts in their sleep. These were reported as it was obvious someone had broken into their homes. Naturally, the town went into some kind of panic. Even the Army was made aware of this situation and modified its blackout regulations so that people could leave their lights on for some semblance of security. 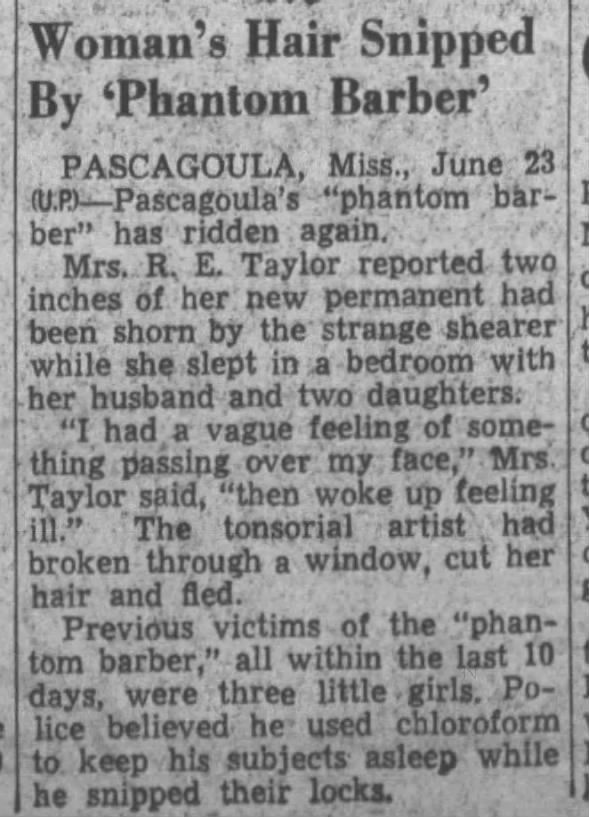 The week after, Mr. and Mrs. ST Heidelberg were attacked by a mysterious man who broke into their home. He beat them with an iron bar. Two weeks later, the assailant broke into the home of the Taylors. He put a chloroform rag over her face but was left alive and unharmed.

In August of that year, the police apprehended William Dolan, a 57-year-old German chemist. His arrest was specifically for the assault of the Heidelberg's, but it's unclear if he were the true Phantom Barber or not. Oddly enough, they did find a huge wad of hair in his backyard. After his arrest, the Phantom Barber attacks ceased.