The Skull and Bones Secret Society

The Order of the Skull and Bones has played a huge part in American history, whether people know it or not. It's a secret society on Yale's campus that has been practiced by chosen students since 1832.

As if the name wasn't bizarre enough, there have been tons of conspiracy theories surrounding the society and its influence in American politics. People have pointed fingers at the society as the powerhouse for mutliple conspiracies, such as JFK's assassination and creating the nuclear bomb.

The list of alumni from the society is staggering and alarming. Alumni include three presidents, 20 senators, two chief justices, and dozens of congressmen, state officials, judges, and cabinet officers. 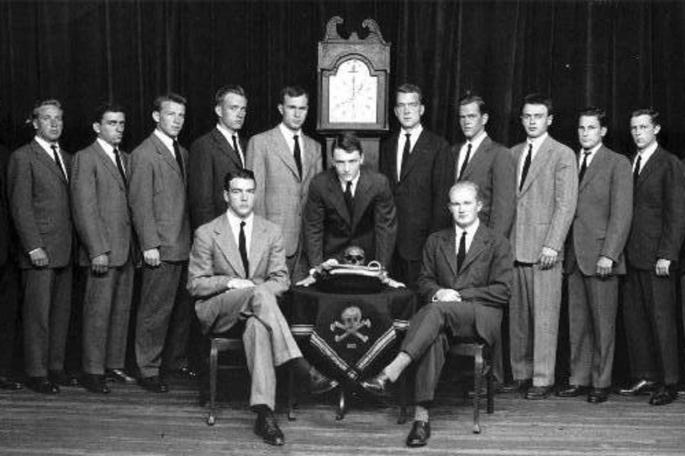 Group members, known as Bonesmen, have had a bizarre amount of influence over American politics and economic affairs. Members of the Carnegie, Ford, and Rockefeller members have been involved in the society, and then go on to become extremely powerful people in society.

John Kerry and George W. Bush were both questioned on their relationship with the society... Neither of them spoke on their involvement with transparency.

The rumors surrounding the society are even more bizarre than one could imagine. The most controversial story of the Bonesmen antics is of Prescott Bush, George W. Bush's grandfather. 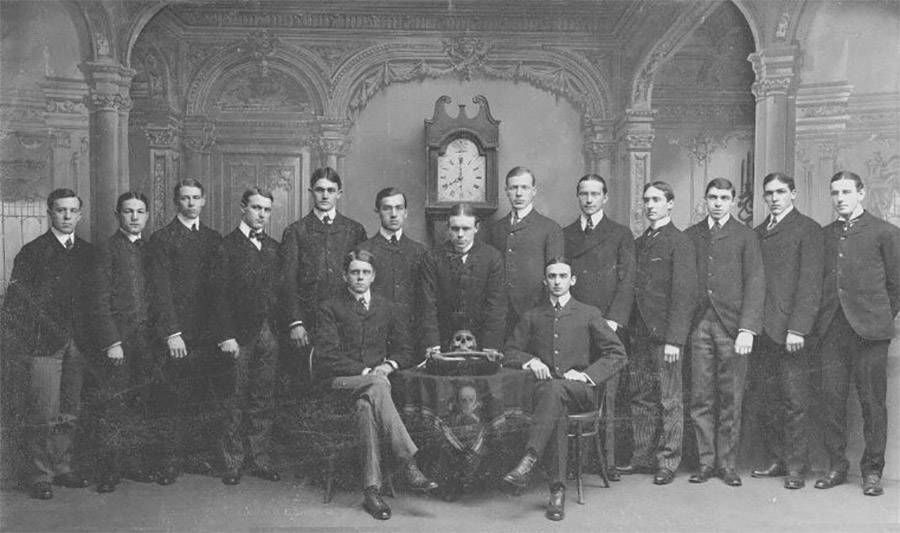 Bush allegedly conspired to dig up the grave of Geronimo, the famous Native American warrior, and steal his remains to display in the secret society hall. His skull, along with two bones and some horse riding gear, were reportedly missing from his grave site in Oklahoma.

In 2009, Apache descendents of Geronimo filed a federal lawsuit against the society in demand for his remains to be returned. Nothing has come to fruition from the lawsuit.

Through out its history, the society's been involved with bizarre rituals and schemes that never seem to get the attention that it deserves. The hazing ritual is similar to that of a modern-day fraternity, and they're even known to take part in occult rituals.

Hopefully, one day, everything that went on behind those walls will come to light...