The Story of the Hand in the Trunk

On the morning of May 5, 1979, a police department in Alabama began receiving reports of a hand sticking out of the trunk of a car. A young news reporter and a veteran photographer were assigned to investigate the claims. They spent the morning driving around on the interstate.

They nearly gave up until they saw the beat-up Dodge that matched the description. A woman was driving. Moments later, they saw the hand peeking out from the trunk. The two men immediately set their eyes on the car and followed it. 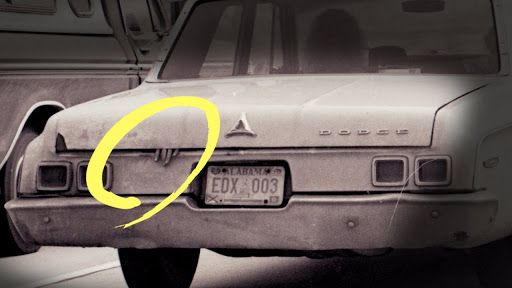 The photographer snapped some photos of the hand while they followed the driver off of the interstate. It became apparent that the driver noticed that she was being followed, so she began to drive erratically in an attempt to lose them.

At the same time, the reporter was using his radio to call in their location for the police to join up with them. Finally, police were able to stop the car and free the victim in the trunk.

The police arrested three people on-site: Joseph Fendley, 27, of Morris; his uncle Wilburn Fendley, 49, of Bessemer; and the driver, Robin Green, 24, of Birmingham. They also freed Gary O. Collier from the trunk.

According to the victim, he met the trio at a bar the night before and got into a fight. They robbed him of $360 of his disability money, beat him, and stabbed him with a screwdriver. While he was in the drunk, trying to stay awake among the CO fumes, he said that they were talking about getting rid of his body. Wilburn Fendley was let go by a judge after it was revealed he had nothing to do with the kidnapping. It's unclear what happened to Green and Joseph Fendley.