The Untold Story of Joan of Arc

Joan of Arc is helped end the Hundred Years War, restored France's heir to their rightful throne, and ended up gaining sainthood from the Catholic church. One of the most interesting parts of her life remains widely untold...

She frequently claimed that she had visions and supernatural voices talking to her. She's even said that the voices helped her become the strong military force that she was.

Joan was known to be extremely pious and claimed that God talked to her as well. At first, she thought that the voices that she started hearing at 12 and 13 was God speaking to her directly. Then, she realized that it was more paranormal and that it was the voices of those who passed, and she knew that she was special. 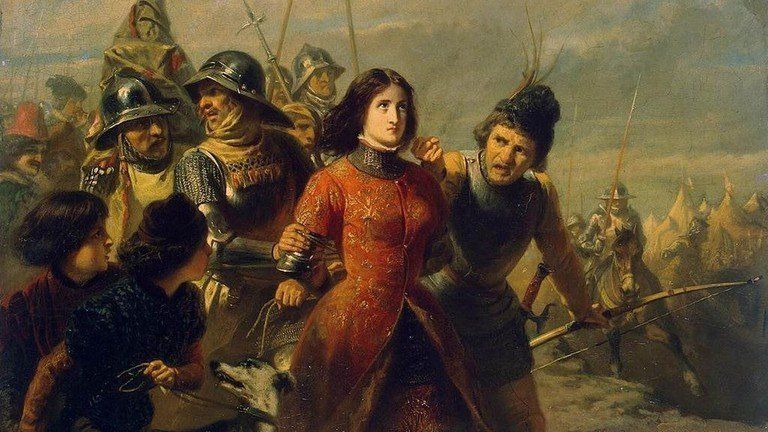 She also believed that the voices were of St. Michael, St. Catherine, St. Margaret, and the archangel Gabriel. They apparently told her to get France back from the English and put Charles VII back to his rightful throne.

The voices told her to fight for France when she was 16. So, that's exactly what she did.

In a weird way, she owed all of her strength and decision making to these voices.

Near the end, when Joan was still trying to solve things with war and violence and France was not interested in that. She claims that she knew she was going to be captured and possibly killed by the English in the coming months. With that knowledge, she fought hard to the end.

Unfortunately, during her trials, she spoke about her visions and the voices in almost every situation. The judges were apprehensive and accused her of witchcraft.

Joan of Arc was burned at the stake for the voices that she kept claiming to hear.

France didn't want her to die in vain, so they got her her sainthood and told the stories of her brave efforts instead of focusing on her paranormal voices and visions.