Joey Joachim called himself the Walt Disney of the funeral business, as if there should ever be such a thing. He started a company called FuneralOne back in 2003 that provided funeral directors with software to create video memorials using predesigned templates to play during services. After a few more iterations of that, Joachim hit the product that would be the "future."

Joachim announced the invention of the "Vidstone" at an annual funeral directors convention in 2005. It was a solar-powered 7-inch LCD screen, called the “Serenity Panel,” that would play a 10-minute memorial video on the screen, audio jack included. 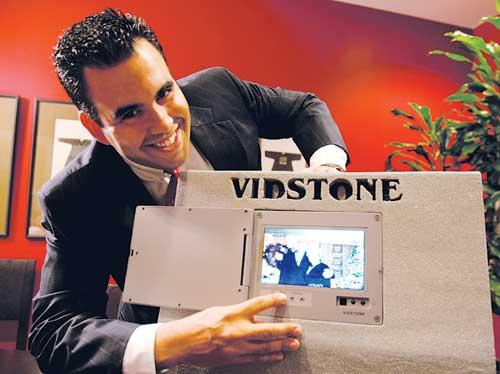 Now the Serenity Panel operates using a lithium-ion battery and approximately four hours of direct sunlight is required per day to ensure that the battery remains fully charged. On a full four hour charge, the Serenity Panel plays up to approximately 30 minutes, which allows 3 to 4 viewings of a typical 7 to 10 minute tribute. When the need does arise, the battery can be easily replaced by authorized cemetery personnel. So clearly there’s an opportunity for an upsell for those who figure they’ll be able to pull an audience greater than four a day after they have passed on.

There might also be those who wish to change their message with the seasons, on anniversaries, birthdays, and at other moments appropriate for the people they wish to communicate with after they have gone. Currently this is a manual process, and tributes on the Serenity Panel can be added or deleted at a customer’s request for a fee. Who knows, there might even be a fully networked service offered at a later date so content can be refreshed and rotated. 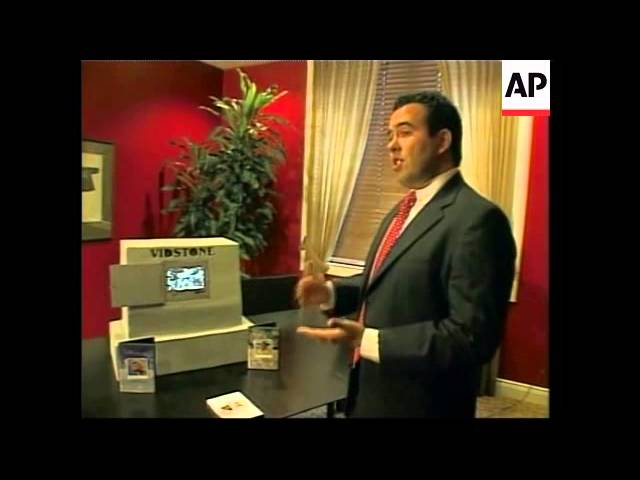 The idea did not catch on, as much as Joachim assumed it would. The product made its way to nearly 100 dealers in the country, but no business owners saw a desire for the Vidstone. It seemed that the world just wasn't ready for such technology. People wanted to keep death traditional and simple.