Historians use x-ray technology to look through the layers of paintings. It usually tells an interesting story of what the artist did to achieve the iconic piece. To prepare the painting by Henry Gillard Glindonifor an exhibition at the Royal College of Physicians, an x-ray was performed. They weren't expecting anything crazy to show up.

In the painting, John Dee, who was best known as “the Queen’s conjurer” is seen performing a spell of sorts for Queen Elizabeth I. The x-ray revealed that Dee was originally standing in a circle of skulls... 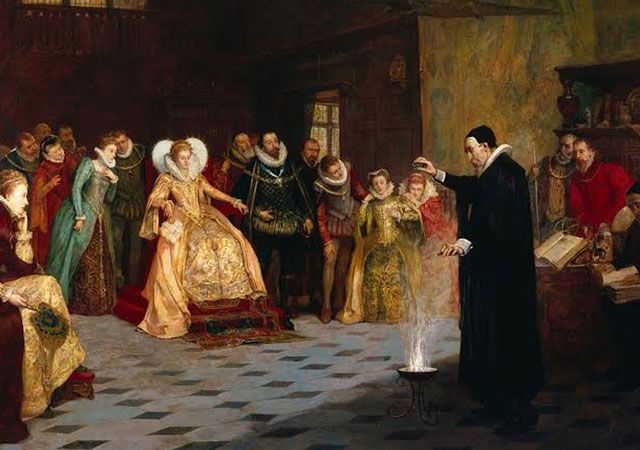 For some reason, Glindonifor chose to paint over the skulls. Perhaps it was due to the negative connotation that Dee was known for and the skulls themselves. Exhibition curator Katie Birkwood believes that the cover-up was most likely requested by the person who commissioned the painting, saying:

“Glindoni had to to make it look like what we now see, which is august and serious, from what it was, which was occult and spooky. That epitomises the two different impressions of Dee which people have and the fight between them.” 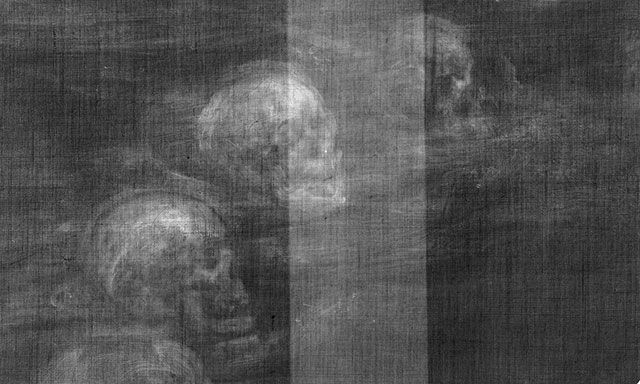 Painting the skulls was definitely a creative choice, but it would have told a much different story. Perhaps the relationship between Queen Elizabeth I and John Dee was more spooky than we know!