This is, By Far, the Worst Year for Wildfires in Human History

Right now in California marks the single most destructive event that has ever happened on American soil. Coupled with a horrific death toll from a global pandemic, an impending homelessness crisis, massive civil unrest, the establishment of an active police state, widespread poverty, inaccessible healthcare, these fires are just another drop in the "we need to tear the system down and start over" bucket. The largest consistent wildfire is currently burning in California as you read this. The massive fire eclipsed the Mendocino Fire Complex of 2018, wiping out nearly double the acreage in only one-third of the time.

The blaze covers 755,603 acres and only roughly 30% is being contained (by contained, we mean firefighters on the ground actively dousing the roaring flames). The fire is still burning in Glenn, Lake, Mendocino, Tehama, and Trinity Counties, which had theorized that with minor intervention, the fires would have not caused this amount of destruction.

All in all, this is a monumentous global catastrophe that was caused by corporate greed, pitiful infrastructure, and lack of political intervention. This needs to be a political objective, but right now, politicians are only blowing smoke. 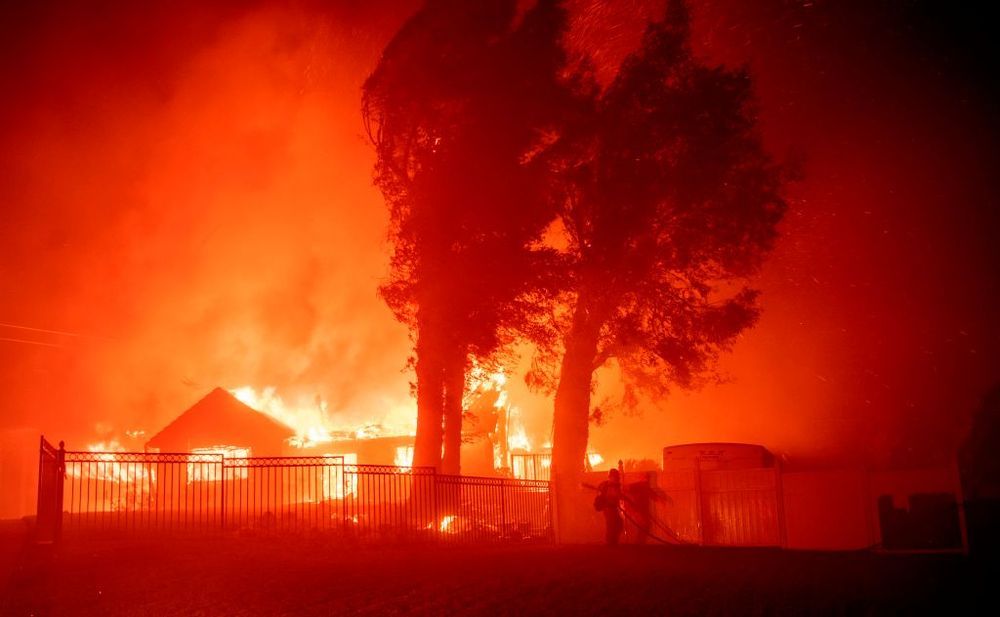 So, why hasn't this moment in history become a major political conversation?

Well, while the unbelievable size and impact of the wildfire has been unseen by humankind until this point in history, the human casualty of the fire has been relatively small. No civilians have fallen victim to the fires, but one firefighter, Diana Jones, 63, died on August 31 while battling the flames.

Additionally, for those who don't know, this fire was started by a combination of hot dry weather, gusty winds, multiple lightning strikes, and a pyrotechnics display put on by a local "gender reveal" (aka. genital reveal) party.

The state of California has lost more than 3.3 million acres due to the wildfires. There needs to be political intervention, but it seems like, among other major issues in this country, the government might just force the people to burn out about it.