Paranormal videos allegedly capturing orbs, apparitions, and moving objects have become exceedingly popular with the introduction to social media. It's not hard to decipher fake from real (most of the time) as they're obviously edited or filmed using smoke and mirrors.

There are a few videos on the internet that are hard to debunk. They're either extremely well put together, or totally real. Nick Cimino on TikTok falls into this category.

Nick (@nickcimino68) claims that he has a haunted house and a haunted workplace. He created his account to make a series about the hauntings just because people didn't believe him. His videos showcase the bizarre goings-on, and it seems pretty real. With almost 400k followers, a lot of people seem to believe him, too.

The video above showcases all of his videos in one comprehensive piece. He first started with his haunted home. He claims that he was cleaning out a closet when he found a bizarre hidden compartment that no one knew about.

Inside of the compartment was a bag. That bag contained tons of different papers from Kings Park Psychiatric Center. In one of the videos, Nick makes a note that his family had always thought that the house was haunted and that he possibly finally figured out why.

The psychiatric center was known for torturing mentally ill patients and corrupt doctoral practices. He started doing research and trying to figure out what was happening when he realized the paranormal activity was getting worse. He decided to stop the research, bring the files to another spot and give them a proper burial.

"No more Kings Park research, no more disrespecting the dead," he says in one of his videos. After this, he goings into the haunting at the place that he works... 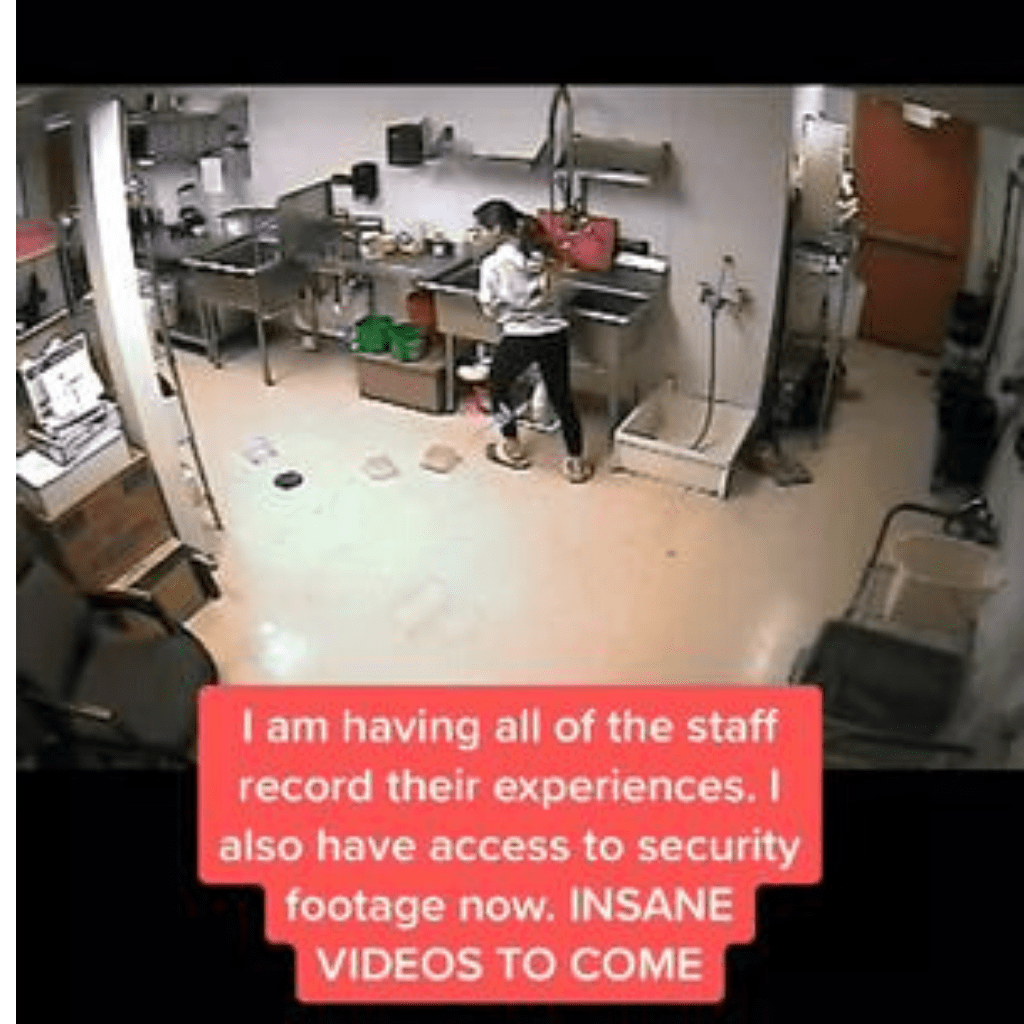 This is when things get insane. Things are flying off of the shelves and onto the floor, the lights are flickering on and off. At one point, he even films the pendant lights swinging back and forth.

Obviously, he could be hiding a coworker who is messing with these things and making it go crazy... But, when security footage shows a cup flying off of the shelf, it becomes obvious that it's not fake. They even film stomping up in the attic, and they go up there without cutting the video at all... No one is there.

It doesn't seem that Nick has much to gain with faking this. He also has his coworkers filming when they're in the store and things are happening...

Even though Nick hasn't posted in a bit, that doesn't mean it's over and done with. Things are still happening on his side and he's trying to compile it to the best of his ability. Obviously, there's a lot going on and he wants to make it cohesive.

To see more, head to Nick's TikTok. As long as he's still working there, there will be creepy and crazy things to see.