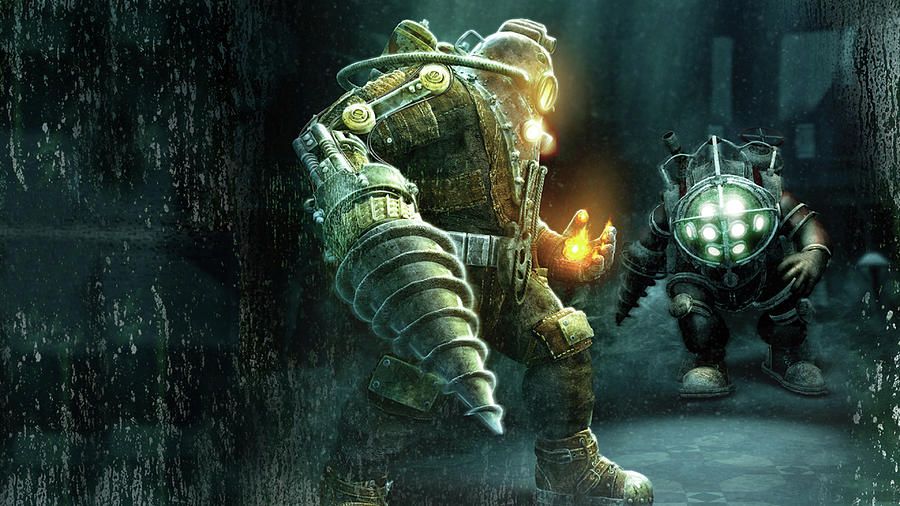 There had never been a game even remotely like Bioshock when it was released in 2007. Few titles were capable of capturing the helplessness that Jack felt when he found himself washed up (washed down?) in Rapture, enamored by its mysterious grandeur, and terrified by what lurks within its tunnels.

Bioshock 2, however, lost that sense of atmosphere by using a familiar setting and established characters to tell a more developed story about the history of Jacks' greatest adversary, the Big Daddy.

Although some players thought that Bioshock 2 was canned and derivative, the true essence of the experience comes through its gameplay and direct storytelling. The simplicity of Bioshock 2, compared to its predecessor, is arguably more bold and philosophical than the original Bioshock. By removing the veil of mystery (assuming you've already played Bioshock 1 at this point), the dev team plays to their strengths in environmental and character design.

Big Daddy is an iconic character, so are the little sisters. By demonstrating that the Big Daddy is capable of free will and that they are not strictly used as machines of death and destruction, the player is able to take a different look into the importance of that character's role.

After all, the Little Sisters are the reason rapture continues to exist all along, and without them, there would be no Plasmids, no Atlas, no Jack, and no Big Daddy.