“Unidentified: Inside America’s UFO Investigation” premiered about a month ago, and it’s definitely an experience. 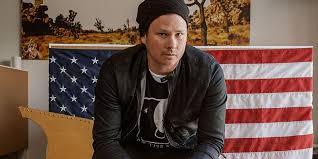 Blink-182 was famous for their edgy lyricism, teen-friendly attitude, and earth-shaking drummer Travis Barker, not for their stance on whether aliens exist or not. After Tom DeLonge was replaced by Matt Skiba of the Alkaline Trio, DeLonge did what came naturally to him, he started working as a full-time conspiracy theorist.

DeLonge has paired up with ex-government workers who claim they know that the government is covering up information about aliens. Which makes sense, but what is he going to change about it? Because of the former big-time rockstar’s past notoriety, more people are tuning in now than they ever have.

DeLonge pretty much devoted his life to UFO research after he left Blink-182 in 2005. He has put out short stories, children’s books, a solo album, paintings, and even a short film all centered around alien research. He founded an organization called To the Stars Academy, which is comprised of him, some former scientists, and former government workers, some who claim that they had firsthand worked with aliens.