The Horrors At Corpsewood Manor

Even in the name, Corpsewood Manor just sounds like nothing good could go on there. At first, it wasn’t true. Corpsewood Manor was built by a formerÂ professor of pharmacology at Loyola University Charles Scudder and his long-term partner Joseph Odom. The couple purchased a 40-acre plot of land in 1976. It took them a few years to build the two-story stone manor. They lived in a camper on the lot as they built everything themselves. 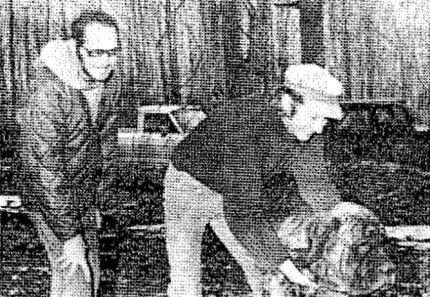 They also builtÂ also a number of outbuildings, including a three-story chicken coop with a furnished top floor which they called â€œPink Room.” That’s where the entertained their guests. They ended up housing 17-year-old Kenneth Avery Brock. He had reached out to the couple and requested permission to hunt on their property, which the couple accepted. They even offered their homemade wine and entertainment for the duration of his stay. No one knows for sure if their relationship was sexual in nature or not. Eventually, Brock was sure that this couple were extremely wealthy, which could aid in his benefit. Unfortunately, he was totally wrong: All the money they had was in the land. In the winter of 1982, Brock moved into the trailer home of Samuel Tony West. He had told West about the couple who were hiding a mountain of wealth, or so he thought. They ended up creating a plan to rob the couple of their fortune. 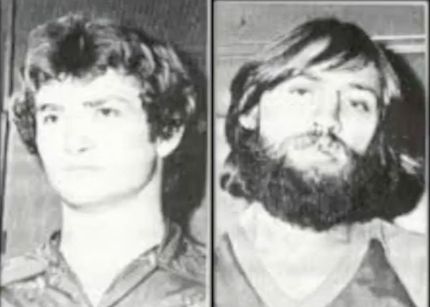 The duoÂ arrived at Corpsewood with two of their friends in tow. The couple, as usual, were accommodating and offered to entertain in their pink room. After a while, Brock went to his truck to eventually get more huff, but he was actually grabbing his hunting rifle. Scudder, not knowing what was going on, eventually joked and said, “Bang, bang.” Then, things got serious. They held him at gun and knife point and demanded his fortune. They also went to find Odom in the kitchen and shot him dead there. Then, they led Scudder to the main house, where he saw what happened to his partner. Bound and gagged, his last words were allegedly, “I asked for this.” At first, this was a bizarre statement. Then, it was revealed that months before his death, Scudder painted a self-portrait where he had a gag in his mouth and what looked like bullet holes in his head. This was an eerie premonition… After a wild chase, the two murderers ended up turning themselves in and are now spending life behind bars.

The homesteadÂ still stands, but barely. A fire destroyed a lot of the buildings. Those who visit say that they hear gunshots, the barking of dogs, and even the sound of a harp, as Scudder loved playing his harp. Those who steal a brick from the manor are said to be cursed for life.