On July 19th, 2020, a New Jersey judge's family was attacked in their own home. 20-year-old Daniel Anderl and 63-year-old Mark Anderl were shot in an attack from a man possibly dressed as a FedEx driver in North Brunswick, New Jersey. Daniel did not survive the attack, while Mark remains in critical condition.

Federal officials believe that the attack stemmed from a personal dispute with Judge Esther Salas, who was in the basement at the time of the attack and was unharmed. The attacker targeted her son and husband. The FBI listed anti-feminist lawyer Roy Den Hollander as the primary suspect. He killed himself soon after. 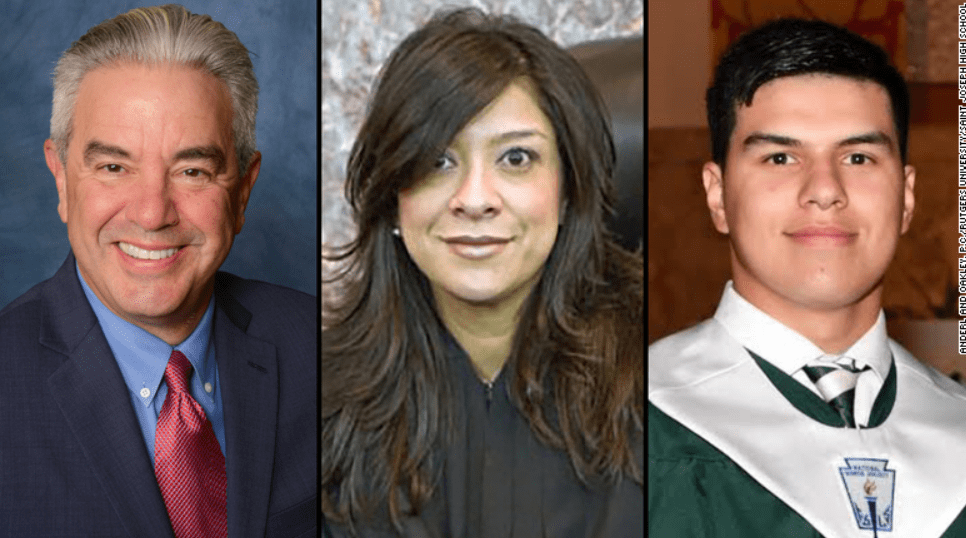 Den Hollander had a case pending with Judge Salas challenging the military's male-only draft. He previously called her a "lazy and incompetent Latina judge."

Judge Salas had previously worked on a lawsuit brought on by investors against Deutsche Bank and its CEO in regards to Jeffrey Epstein. She also presided over the case of Real Housewives of New Jersey stars Teresa and Joe Giudice.

Daniel Anderl was a junior at Catholic University in Washington, D.C. where he played golf. He had plans to apply to law school. He was the only son of Judge Salas and her husband.

Den Hollander was a notorious name for bringing on lawsuits against anyone he could. He tried to sue reporters from CBS News, NBC News, ABC News, CNN, PBS News Hour, The New York Times, and The Washington Post over their stories. He also tried to outlaw Ladies' Nights at bars and nightclubs as well as women's studies programs at universities.