Families and friends were enjoying a peaceful day on Cherry Beach in Toronto when two bloodied, chainsaw-wielding men came out from the brush. The scene looked as if Wes Craven directed it himself.

The situation stemmed from a fight that happened a little ways away from the beach. The men then came onto the beach yelling and waving the chainsaws. It's unclear why they were bloodied, but it was apparent that they hadn't used the chainsaws to physically harm anyone.

Naturally, beach-goers are spooked over this event. This situation comes on the tail end of high tensions in the city of Toronto over rising crime statistics.

The police showed up soon after the men wandered onto the beach shouting expletives. They were arrested and taken away from the area before they could hurt anyone. Two other people were found injured and are presumed to be the ones that the men were feuding with. 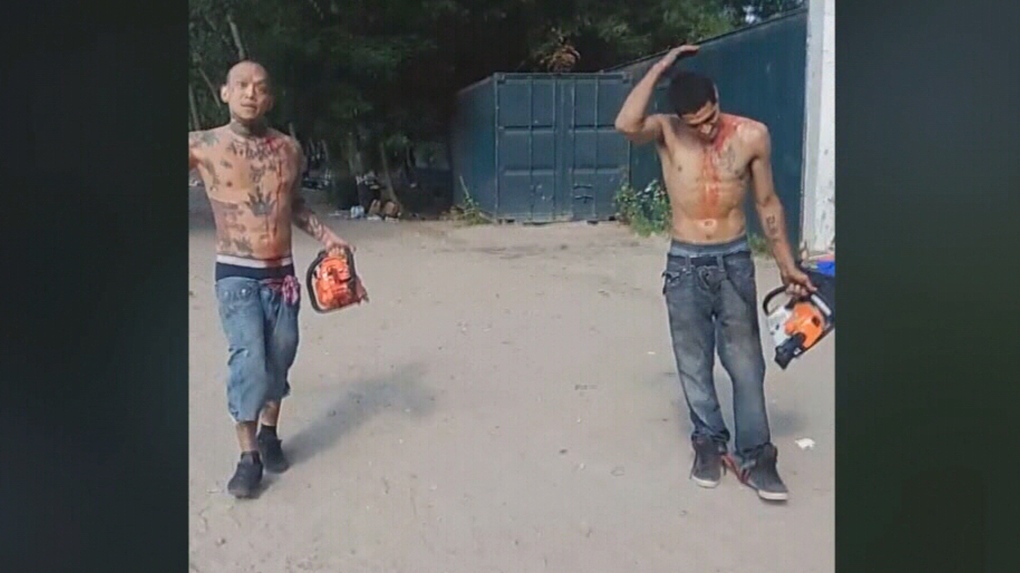 Even though this event seems like it was a bizarre promo for a new season of American Horror Story, it was very real for families that early Sunday morning.