Unsolved Mysteries Is Back!

Netflix will be dropping an entirely new season of everybodies favorite mystery show in July! Unsolved Mysteries was cancelled in 2002 after running on the air since 1987. Spike TV revived the show in 2008 but cancelled it yet again in 2010. Now, it's back and on Netflix!

In the first leg of the show, Robert Stack served as the spooky host. He would retell stories in a haunting candor that traumatized audiences across the country. Sadly, Stack passed away in 2003. On the second leg of the show, Dennis Farina hosted. Now, with the new Netflix installment, there are reports that there won't be a host. Interesting!

Unsolved Mysteries focuses on paranormal encounters, true crime, and alien activity. In this day and age of surveillance technology, there are tons of new stories to tell with some sort of proof.

The first leg of the show will drop on July 1st. Netflix signed on for 12 episodes, so the first six will appear first. According to the episode list, we have a lot to look forward to! 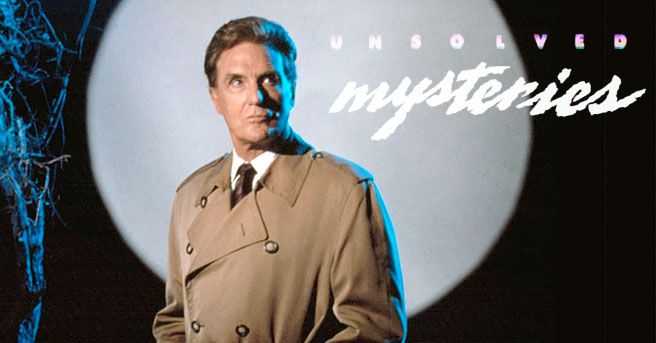 The first four episodes revolve around mysterious murders and disappearances of multiple people throughout the past 100 years. The fifth episode revolves around UFO sightings and how they've plagued a town. The sixth episode is another case of a disappearance that also had something to do with a murder...

Finally, another mystery show to binge!