What Really Happened At the Lizzie Borden House?

In 1892, Lizzie Borden was accused of hacking her father, Andrew, and step-mother, Abby,  to death with an ax. Even though she was tried and acquitted of the crimes, people continued to believe that she was the one to blame.

When the murders took place, Lizzie, Abby, Andrew, and their maid Bridget (who they called Maggie) were all in the home. Lizzie's uncle, John Morse, was visiting at the home but allegedly went to visit his niece during the day.

With John gone for the day, Lizzie, Maggie, Andrew, and Abby remained in the home. Between 9 and 10:30, Abby's killer struck her in the guest room that John slept in. Andrew, who stepped out sometime during the morning, arrived back home at 10:30. Lizzie said that she helped him in the door and put on his slippers for him. John was murdered in his boots, so her story already didn't add up.

When Andrew was murdered, Bridget said that she was upstairs in her third-floor bedroom. No one knew that Abby was murdered until the police responded to Andrew's murder. Bridget was heading up the stairs to find Abby when she saw her dead body in the guestroom.

Now, her home is a museum and creepy bed and breakfast. Folks from all over the country travel to see the place where the gruesome murders happened. Apparently, the home is a hot spot for ghost activity. 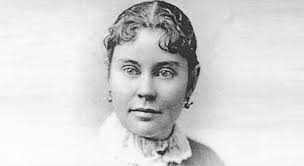 A lot of evidence went awry during the investigation. For one, Lizzie didn't have any blood on her clothes. The police couldn't find anything to match her to the crime besides her changing stories and calm demeanor. John, on the other hand, had a somewhat tight alibi. Bridget was looked at as a suspect but her stories matched up, so they let her go.

Despite everything, Lizzie was acquitted and no one was charged for the murders. There are tons of speculations, even today, that John Morse, Lizzie, and Maggie possibly worked together to kill the family. Andrew was not a well-liked man in general, and they all suspected that Abby was only married to him for money. John Morse was the brother of Lizzie's mother, so that could be motive enough.

This past Halloween, a Youtuber visited the home for a paranormal investigation. As a skeptic herself, she was shocked to catch this bizarre piece of audio that she cannot explain.

John Morse was a butcher who knew his way around an ax. His "alibi" could easily have been covered up by his niece. If everyone got their stories straight and together and the evidence was destroyed, it's quite possible that they were the collective "murderer."

Anything is possible, and no one will really know what happened at the Lizzie Borden house. Was her name rightfully cleared, or was it a huge plan put together by everyone left in the home?