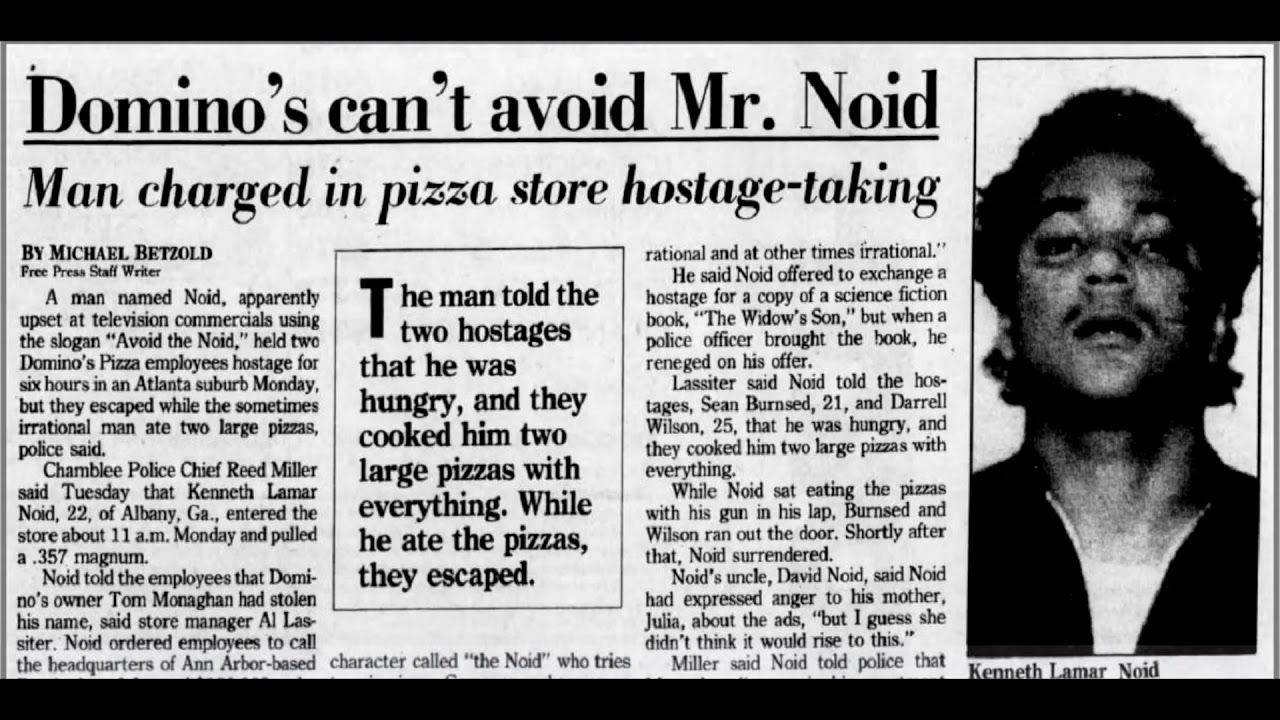 In September of 1980, Domino's created a mascot called "The Noid." This character clearly didn't have much research and development time, because both his personality and iconography were overtly negative upon release.

The Noid was a negative character in the "Domino's Pizza Universe" who would purposefully sabotage the customer's pizza and cause the delivery to be late.

Unfortunately for Domino's Pizza, shortly after they released The Noid, a paranoid schizophrenic man named Kenneth Noid took this character as a personal attack. One day, Kenneth Noid entered an Atlanta Domino's pizza chain location with a gun. He took two of the employees inside hostage and forced them to call the corporate Domino's office to force them to remove The Noid from existence. Obviously, that didn't go too well for him.

Domino's Pizza refused to negotiate with the man, and instead of canceling The Noid from the airwaves, they just called the police.

This situation that could have been diffused easily ended up turning into a 24-hour hostage situation that ended with Kenneth Noid having a breakdown.

He ordered the employees to make him some pizzas because he got hungry during the negotiations. He refused to pay for them, which then spiraled him into a personal crisis that ended with him giving himself up and relinquishing his identity to The Noid.

Kenneth Noid spent 15 years in a mental institution and claimed his own life in 1995.