Wendy Wein stumbled upon rentahitman.com and decided to check it out. After reading the rave reviews and secure promises, including their 100% compliance with the Hitman Information Privacy and Protection Act of 1964, she filled out the form in an attempt to hire someone to murder her ex-husband.

It must have seemed legitimate to the 51-year-old, since she actually met up with a "field operative" under the guise of exchanging money for the hit. Wein told the undercover police officer that she would pay upwards of $5,000 to have her ex murdered. She was immediately arrested. 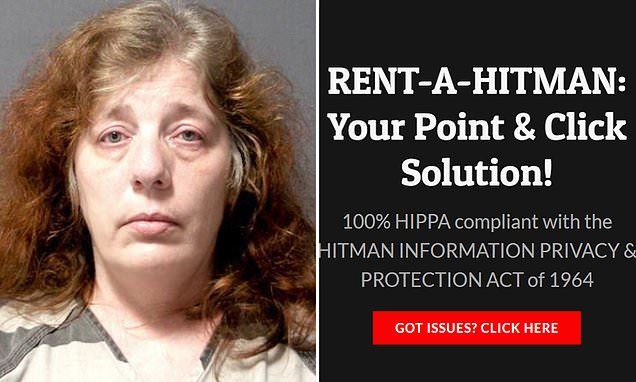 Bob Innes set up the website in 2005 for a class project. He made the simple site, got the grade, and left it up. In 2008, he opened up the inbox and found nearly 300 inquiries for hitmen. Realizing what he had done, he contacted the police and gave them the inquiries.

Since then, he has stopped over 130 murder-for-hire plots just through people trying to use that site. He's gotten inquiries for murders, shoot shootings, and even child abductions.

On July 21, 2020, Wein was arraigned in the First District Court and charged with solicitation to commit murder and illegal use of a computer to facilitate a crime.

"I can't believe someone would think that a website like this exists," said Lt. Brian Oleksyk of Michigan State Police. In a way, it's probably a good thing that some people are a bit too dull to realize what satire is. They've saved hundreds of lives and have gotten leads on other cases that way.