A plane bound for Detroit, Michigan did not have a happy landing after an unruly passenger nearly caused an emergency. A passenger, who was quiet for nearly the entire flight, began raging, screaming, and yelling profanities while climbing all over passengers and empty chairs.

With her surgical mask pulled down, the woman opened up the luggage compartments and used them to swing her body around the cabin.

The woman quite literally began speaking in tongues as she wreaked havoc on the flight. Passengers could not tell what she was saying. Some even hypothesized that she was speaking in Latin.

The passengers on board felt like she was having a "demonic episode" or was possibly possessed. According to witnesses, she was most likely under the influence of some sort of drug. Apparently, she had gone into the bathroom 30 minutes prior to the outburst. Some believe she took something in there and had a bad reaction. 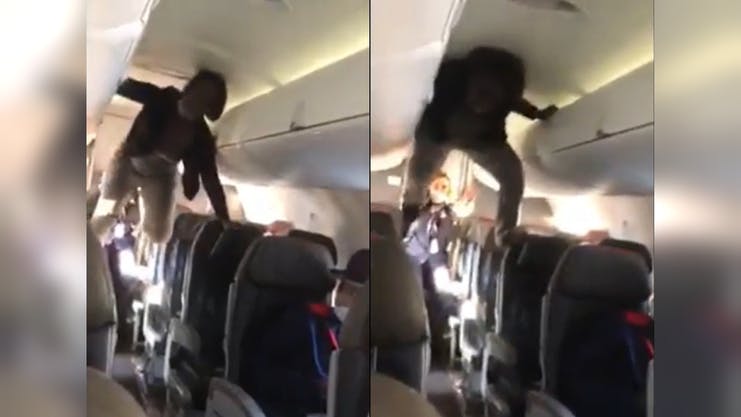 It's unclear what exactly happened to her after they landed. The flight attendants were seen trying to calm the woman, which only made her angrier and her outburst more violent.