Zamboni driver, Dave Ayres, is now a household name thanks to an unusual NHL rule.

When the Carolina Hurricanes faced off against the Toronto Maple Leafs in Toronto, an unusual occurrence led to the Leaf's Zamboni Driver tending net for the 'Canes. 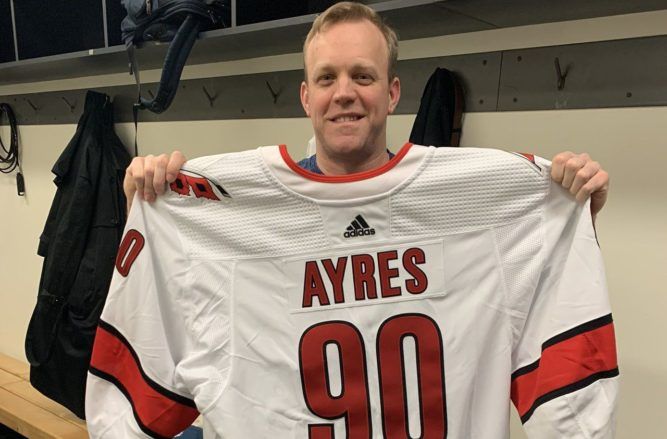 Dave was tapped to enter the game with 30 minutes to play when both the starting goalie and the backup goalie for the Hurricanes left the game injured. Although he is a designated backup goalie, he had never before played in an NHL game.

He blocked 8 of 10 shots against him and helped the Hurricane's secure a 6-3 victory against the Leafs, and it was an experience that he will never forget.

After the game, Ayres told reporters, "These guys, how great they were to me, how fun. The crowd in Toronto is unreal. Even though I was on the other team, they were so receptive and so awesome. Every time I made a save I could hear them cheering for me."

This interview says it all.

Dave Ayres will have a memory for a life time. pic.twitter.com/upqccSjVVm

The former hockey player had a kidney transplant 15 years ago, and he really believed he would never play again. Now, in a wild turn of events, the Hurricanes are selling an Ayres jersey, with a portion of the proceeds going to a transplant charity of his choice.

At 42-years-old, he was the second oldest player to make their professional debut since 1927. He was named first star of the game.