The riots at the US Capitol on January 6 disturbed the world. Even though many of the perpetrators have been caught and arrested, and others have been cleaning up their mess for the past two weeks, there are still dangers that have been brought on from that day.

Riley J. Williams, 22, has been accused of stealing House Speaker Nancy Pelosi's laptop with the intention of selling it to Russia. This accusation has stemmed from an anonymous tipster, who only identified themselves as a former partner of the woman. 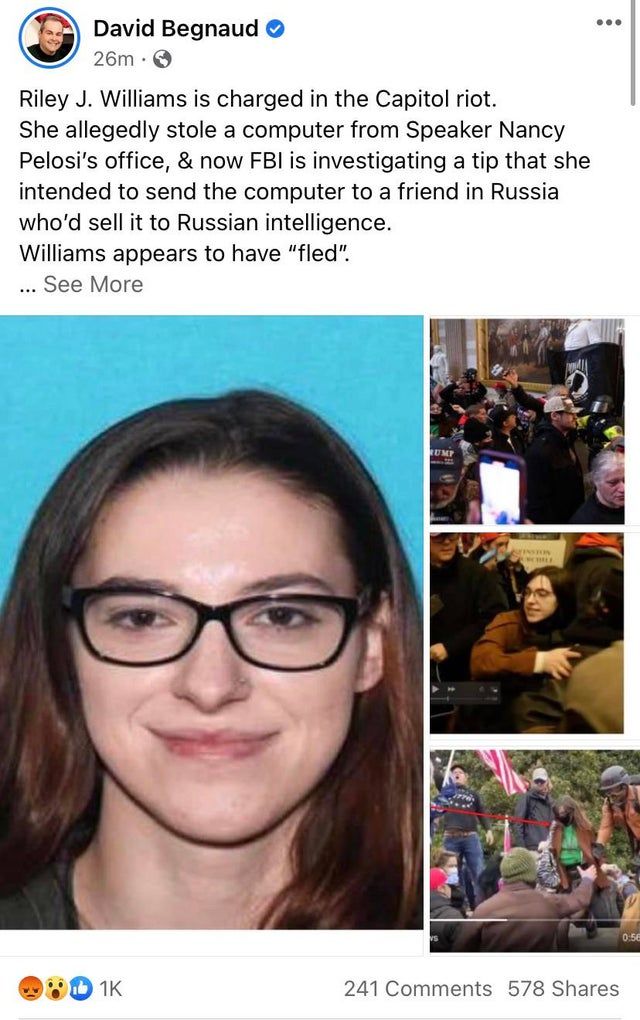 Pelosi's deputy chief of staff, Drew Hammill, tweeted that a laptop had been stolen which was used for presentations and that it was in a conference room. It's not clear if the two are related.

The tipster also helped the FBI identify Williams in a video taken on that fateful day. She was seen inside of the Capitol directing people "upstairs" and to Pelosi's office. The tipster then said that Williams intended to send the computer to a friend in Russia who then planned to sell the device to the SVR, which is Russia's foreign intelligence service. 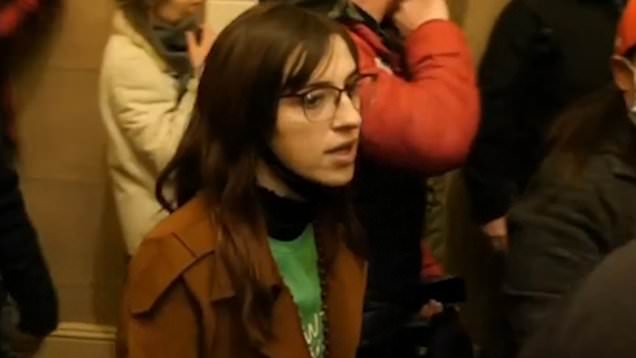 At this time, Williams has only been charged with violent entry or disorderly conduct and entering the restricted space of the Capitol. The FBI has publically noted that Williams fled her home area and deleted all social media accounts. Her intentions, treason aside, are still pretty confusing.