Ariana Grande is a singer, actress, and now, an animal rescue advocate. The pop star, who has rescued ten animals all her own, has announced the arrival of Orange Twins Rescue via her Twitter account. She wrote on her account with  78.7 million followers, "We are so happy, proud and excited 🐈🐕 our site comin soon 🔜 follow @/orangetwinsrescue on instagram for more." Needless to say, he fans are overjoyed at this act of kindness from the celebrity.

we are so happy, proud and excited 🐈🐕 our site comin soon 🔜 follow @/orangetwinsrescue on instagram for more ☁️ pic.twitter.com/lhCVfg6Fj4

"This is seriously the sweetest thing," said one fan replying to the tweet. "Hope this inspires everyone to rescue, adopt and donate to rescues all around the world. Thank you for this."

The starlet has adopted several pets of her own in the past. In addition to her famous pet pig, the singer has also adopted ten rescue dogs and has said before that she sometimes likes dogs more than people. 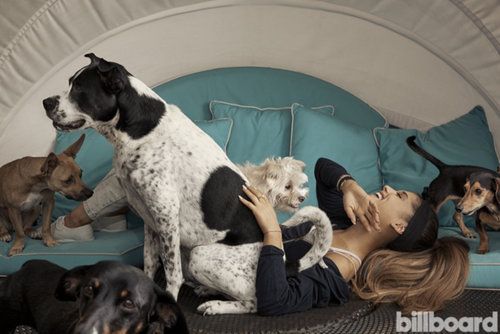 The shelter is still in the early stages, but with a dedication to dogs like Grande's, it is sure to get off the ground soon.