Although his intentions were pure, an Australian astrophysicist named Dr. Daniel Reardon became the laughing stock of the science community for going to the ER after botching a completely unnecessary experiment attempting to prevent himself from contracting coronavirus. 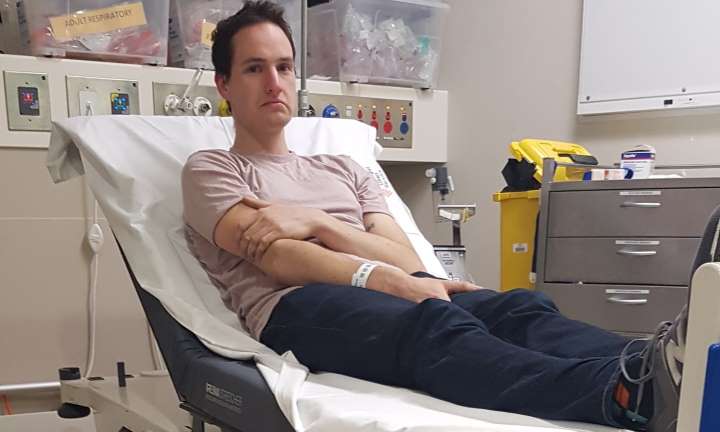 COVID-19 is most commonly spread through contaminated contact from one individual to another. This includes handshaking, touching a contaminated surface, or getting accidentally coughed on in public. However, if you practice proper hygiene and distancing, such as staying 6+ feet away from other people in public, and avoiding touching your face, spreading the virus could become a non-factor.

Unfortunately, some people have developed unconscious associations with touching their faces in public places. This is where our friend Dr. Daniel Reardon came into play.

Dr. Reardon wanted to make a device that would dissuade non-carriers from touching their faces in public, but his idea backfired massively in the testing phase. Dr. Reardon, much like all of us, was dangerously bored in isolation. He decided to try and make a device that would prevent him from touching his face in public, which was something that he struggled with regularly.

He asked his partner to drive him to the hospital, and with help from medical professionals, he was finally able to extract the magnets.

This just goes to show that maybe, just maybe, we don't need to use high powered magnets to prevent us from touching our faces.