On March 20th, 1995, enough nerve agent to kill the entire population of Tokyo was released in the subway during rush hour, this was the worst domestic terror attack to ever occur on Japanese soil. 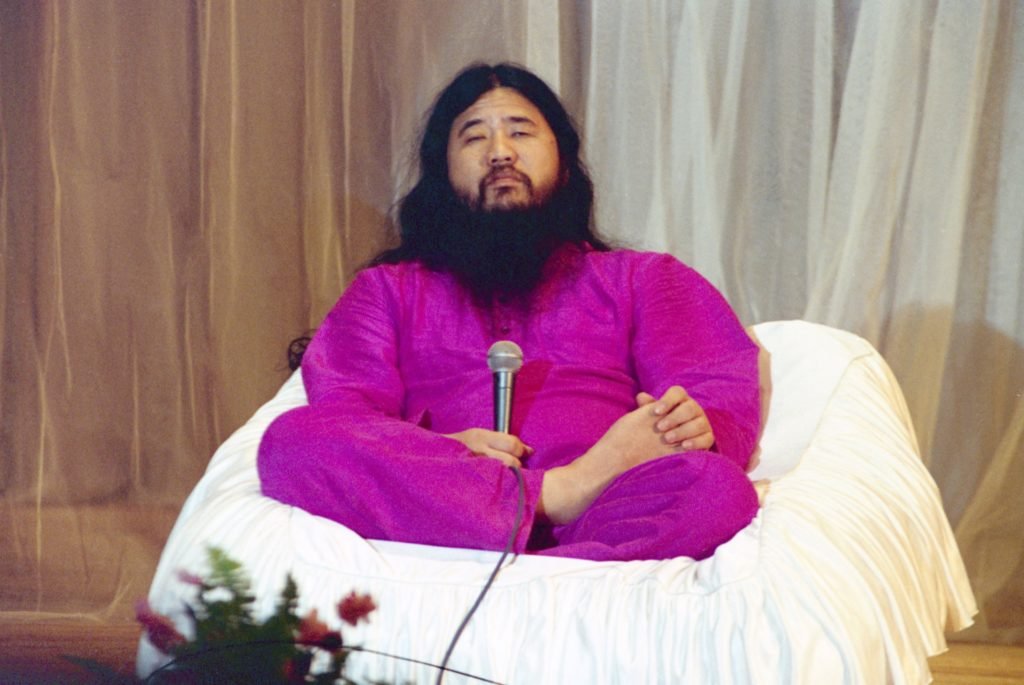 Aum Shinrikyo, which translates loosely to “the supreme truth” was founded in the 1980s. The cult was originally a crossover Hindu and Buddhist spiritual group, that would meet frequently to pray and worship together. The group was perfectly normal until the group’s leader, Shoko Asahara, decided to incorporate Christian ideology into his preachings, and he considered himself to be the second coming of Christ.

As crazy as it sounds, by the 90s, Aum Shinrikyo amassed tens of thousands of followers worldwide. Aum’s followers came from all walks of life, but his primary demographic was male university students, primarily in technical fields like medicine and engineering.

Japan was amidst a technological boom at this time. Their culture was morphing, as well as the expectations and complexity of the working world. Proficiency and success were not asked for, they were expected of the children that were coming of age in the 90s. The pressure to succeed drove plenty of these people to drop their studies and pursue simpler lifestyles, and the Aum Shinrikyo cult was a tempting alternative to the stressors of real life.

All this was well and good until the cult became increasingly violent and demanding. It was no longer seen as a safe haven to practice religion, Shoko Asahara began preaching about the upcoming World War III, and if they played their cards right, they would be the only survivors by the grace of God. 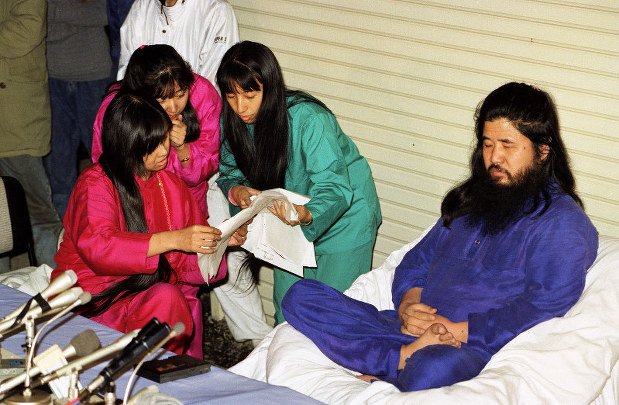 Aum Shinrikyo considered all outside organizations, including companies and other religious groups, to be threats to their wellbeing. They began kidnapping, torturing, and killing random innocents. They also had one previous failed attempt at setting off bombs containing hydrogen cyanide (the chemical used in the Jonestown massacre) in a subway station near central Tokyo.

It wasn’t until March 20th, 1995, that Aum Shinrikyo successfully completed an attack. They planted four bags of Sarin, which is a powerful nerve agent synthesized by Nazi scientists during WWII, on three different levels of the busiest train station in Tokyo during rush hour. 13 people died due to the exposure, and at least 5,800 were injured because of the effects of the toxin. Thousands are still blinded, paralyzed, and suffer from internal scarring as a result of their exposure.

After these attacks, Shoko Asahara was successfully tracked down and charged with an innumerable amount of heinous crimes. He was put to death after three years of solitary confinement, as well as 13 of his disciples that were integral to the attack. The last person was found and put to death in 2012, after running and hiding his identity for nearly 20 years.