Baby Barn Owls Look Like Aliens and It's Not Fun

A construction worker on site in Visakhapatnam, India came across a startling sight. As he was making his way up into the building's attic, he came face to face with some horrifying creatures. A man of his wits, he took a closer look and realized that they were just baby owls.

For some horrifying reason, the owls were standing up on their legs. Their stances made it even scarier. The worker posted the video to social media and it quickly went viral. Many people were terrified to see that owls actually had long legs and that they could stand on them. Owls have always been a bit creepier than most birds, but now they're truly take the title of "Creepiest Birds Ever."

Owls have some weird characteristics. They regurgitate their food onto the ground, leaving only bones behind. They can turn their heads 270 degrees, which is made even creepier with their horrifyingly big eyes.

Naturally, birds of prey are supposed to be scary. If anything, they're doing what they're supposed to be doing. Those baby owls probably felt threatened by the construction workers' presence, so they decided to get tough-looking so that the man wouldn't bother them. It kind of worked, but they also became viral sensations. 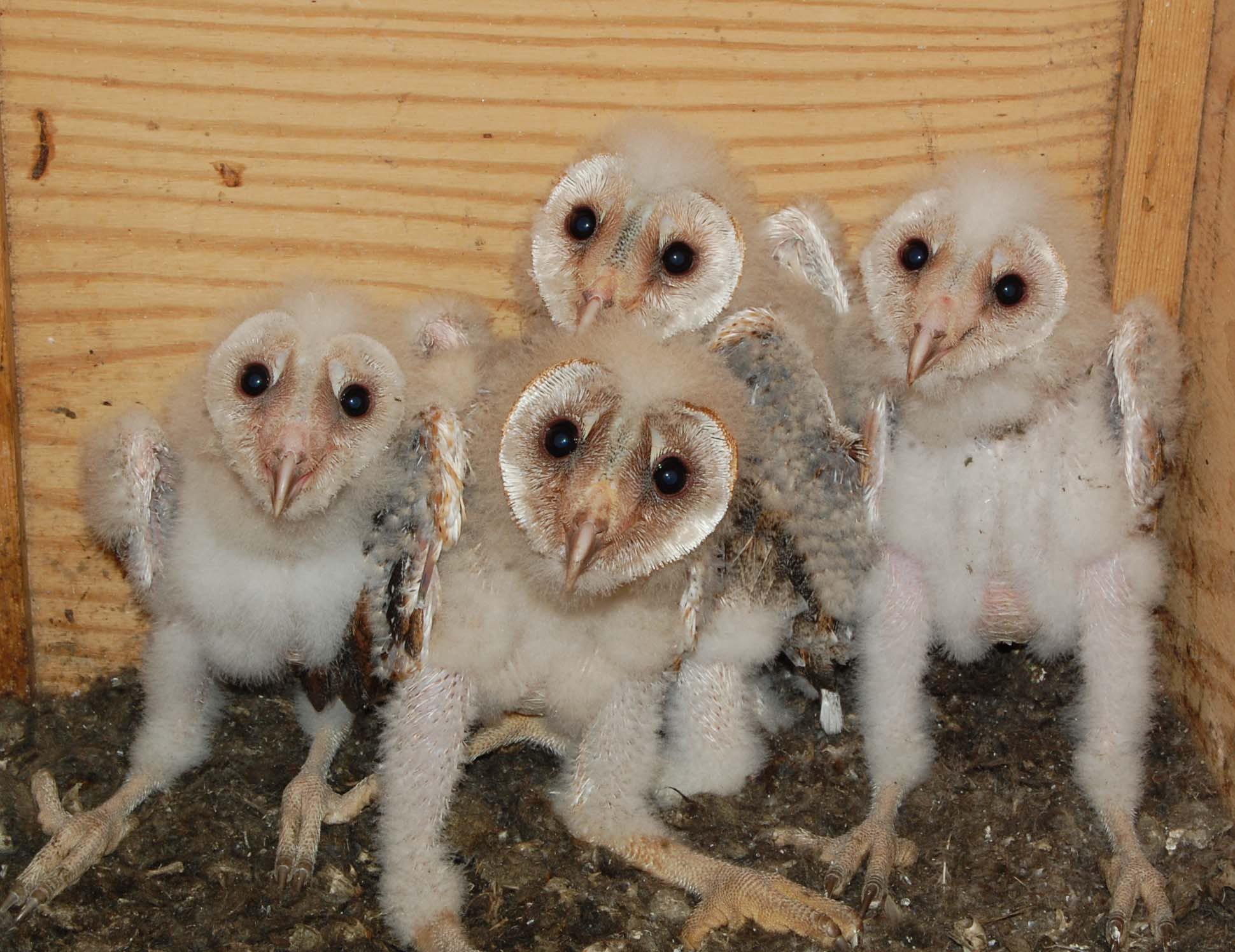 These baby owls won't always look so creepy (hopefully). At this stage in life, their feathers are dense and stringy looking which gives them a bit of an erratic look! Once they get older, they start developing their adult feathers and muscles so that they look less... alien-like.

Owls are interesting creatures, that's for sure. Let's just hope we don't have to run into any that are standing up on their legs and looking for a fight.