How Farms of Dead Bodies Aid in Forensic Science

"Body farm" sounds like a scene out of Wes Craven's scary mind, but it's all too real. Forensic scientists have a dedicated area where they leave human bodies out to decay in natural settings. That way, they can study the process of decay for scientific purposes.

As creepy as this is, there are a lot of benefits to this type of science. Police find bodies out in the wilderness often, and the data that these scientists share can help pinpoint what happened to the deceased. Aspects like time of death and cause of death can help tremendously, and this data usually comes from body farms.

Not only does this information help with current homicides, but the data can also be used for historical finds. Body farms have helped historians identify victims of genocide, verify historical sites, and even locate missing persons. 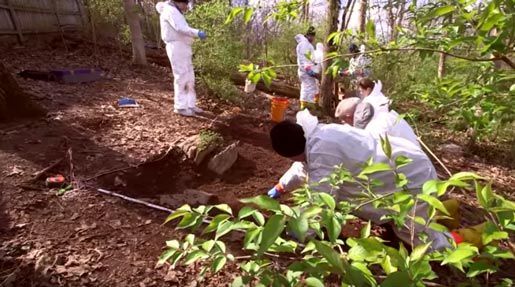 The practice was started back in 1977 by Dr. William Bass. One day, he was called to investigate a bizarre grave robbing case that left the police perplexed. Apparently, the grave of Civil War Colonel William Shy had been ransacked.

The police found a headless body dressed in a suit laying on top of the iron coffin. The coffin was open and the body was empty. Initially, the police thought that someone tried to hide the headless body in the Colonel's coffin and they just disposed of the bones, but that wasn't the case.

Dr. Bass could tell that the body was newer but under a closer investigation, he concluded that the body was of the Colonel and was preserved. Due to his high status, the man was most likely embalmed after his death. The iron coffin also created an airtight seal, so the body was decaying at a lesser rate. 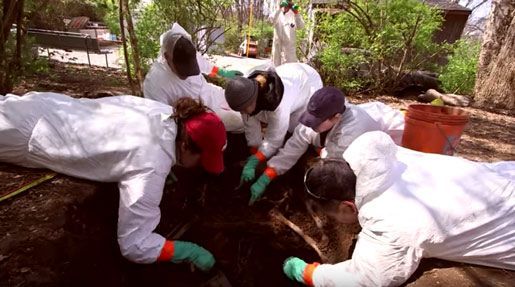 This case made Dr. Bass realize that their methods of dating bodies needed an update, so the body farm method was born.

Thanks to Dr. Bass, the info from the body farming method has helped bring closure to families of homicide victims. Now, seven facilities exist all over the US.

The largest facility is 26 acres in Texas, and the smallest is 2.5 acres in Tennessee. No, you can't trespass... Not that you should even want to.