Brain surgery is commonly operated on conscious patients to test their brain function, but this patient took it to the next level.

Professional violin player Dagma Turner suffered a seizure during a symphony in 2013. She was diagnosed with a brain tumor and has been battling it ever since. Intense rounds of radiation therapy helped keep it at bay, but the tumor continued to grow.

Since Turner is a professional violinist and needs her brain to be unaffected by surgery, the doctors suggested that they keep her conscious during the procedure.

Turner played beautifully during her surgery. Everything went well, and 90% of the tumor was removed.

The doctors were able to get a read on her brain functions and avoid the parts that helped her with her violin playing.

The 53-year-old was able to go home after the surgery and is recovering. 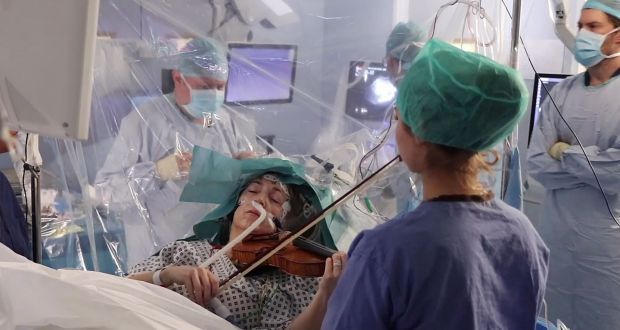 Luckily, the doctors believe that she could be back to her chair in the coming weeks!

Brain surgery with conscious patients is way more common than most people think. They're put under general anesthesia and talked to throughout the procedure. It can be scary, but well worth it!