Bruce Lee was an extremely talented actor who also specialized in martial arts. He is known for doing his own incredible stunts that movie goers loved.

Brandon Lee, his son, was in the same boat. Must have been in the genes!

Their deaths rocked the movie world, but for more reasons than one. They both died while filming movies, and Brandon’s death was extremely suspicious. 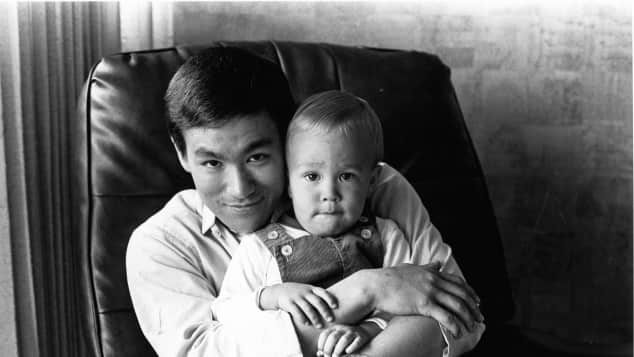 Bruce died due to cerebral edema, which is when excess fluid fills empty spaces in the brain. He suffered massive headaches and a seizure the day of his death. He was on set for Enter The Dragon. He was only 32. Brandon was only eight years old.

In Bruce’s final film, which is left unfinished, he played a character who is shot by a prop gun loaded with real bullets.

In 1993, while filming for The Crow, Brandon was actually killed when a prop gun was accidentally loaded with a dummy cartridge that had a projectile and primer in it. This round was virtually a bullet, and it instantly killed Brandon. He was 28.