Chris Watts Writes Exactly How He Murdered His Family

In August of 2018, Chris Watts murdered his pregnant wife and two young daughters in cold blood. His motive? To be with his secret girlfriend.

He strangled Shanann and buried her in a shallow grave. He then smothered his daughters, Bella, 4, and Celeste, 3, and dumped their bodies in oil drums at the oil field that he worked at.

This story took over American television to due to its vicious and shocking nature. Watts first pretended not to know anything. He worked with poilce, family, and friends on trying to find her. He even pleaded on TV for Shan’aan to return home.

Soon, he confessed. He killed Shanann because she killed their daughters. He was in a fit of rage.

The police didn’t buy it. Later, he actually confessed and told the police what happened… Loosely.

He accepted a plea deal and was sentenced to jail to five consecutive life sentences.

Women all over the country fell in love with him, for some reason. Many have been writing to him and sending photos, hoping to get a response.

Cheryln Cadle was one of those women, and she ended up getting a response. It was disturbing. 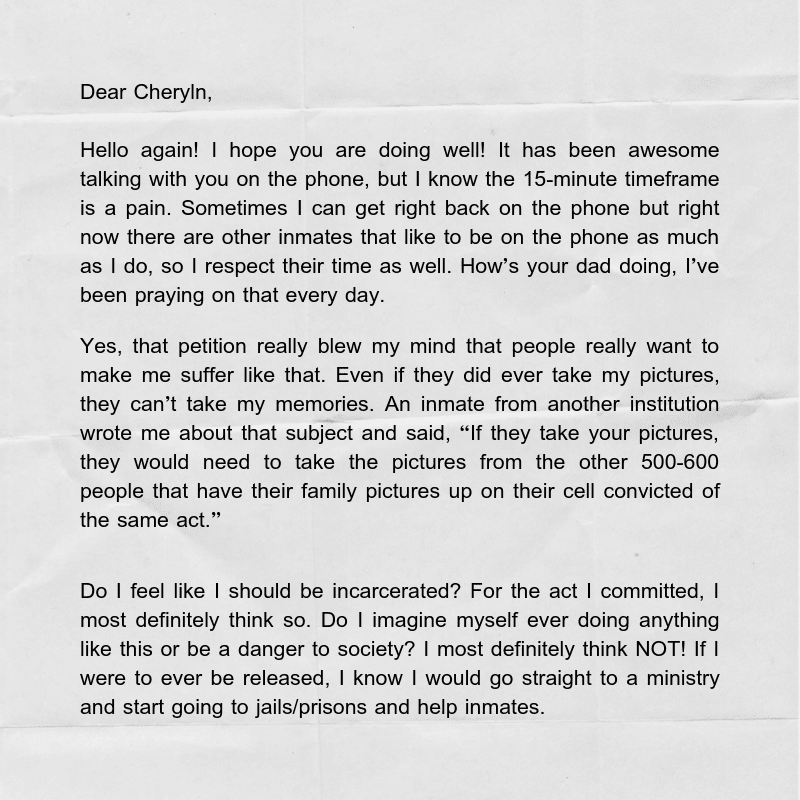 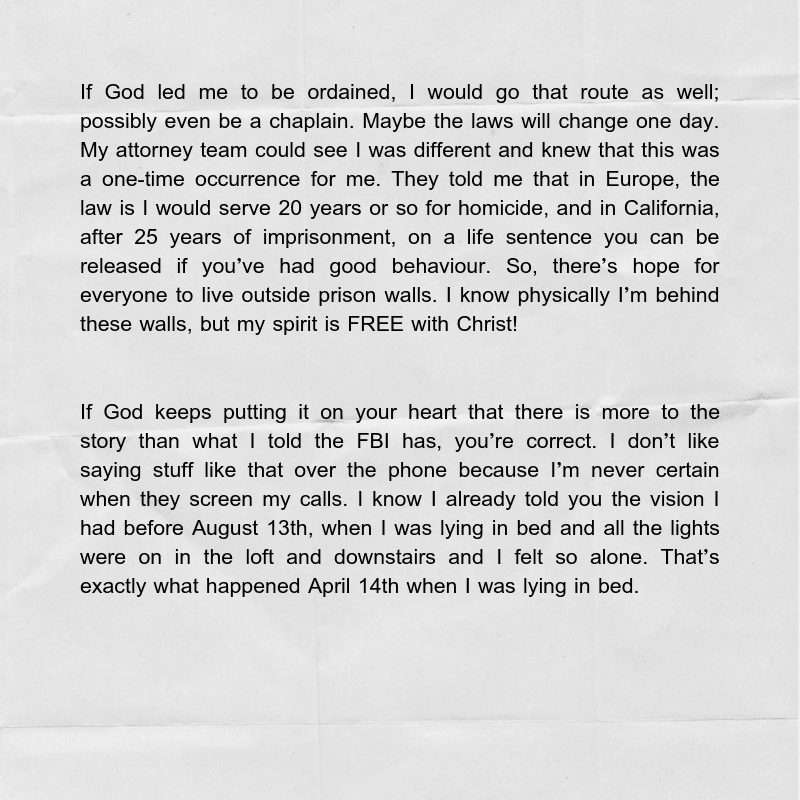 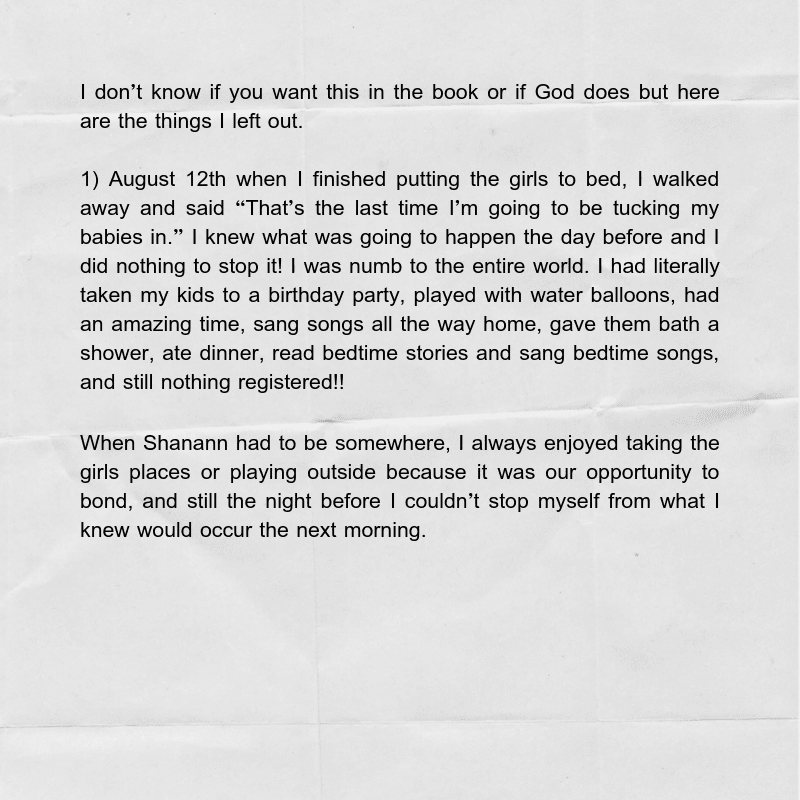 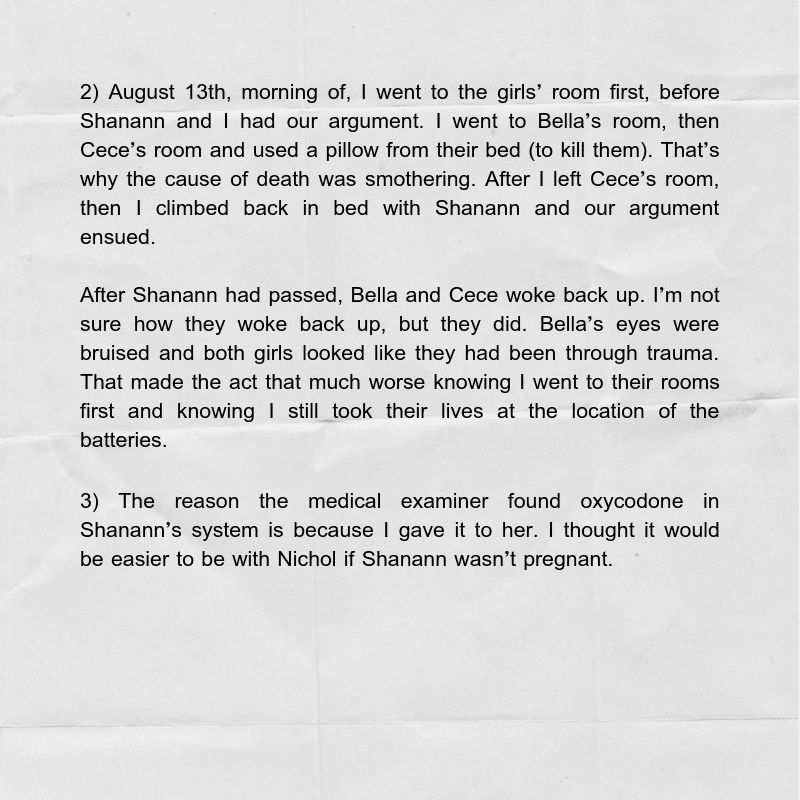 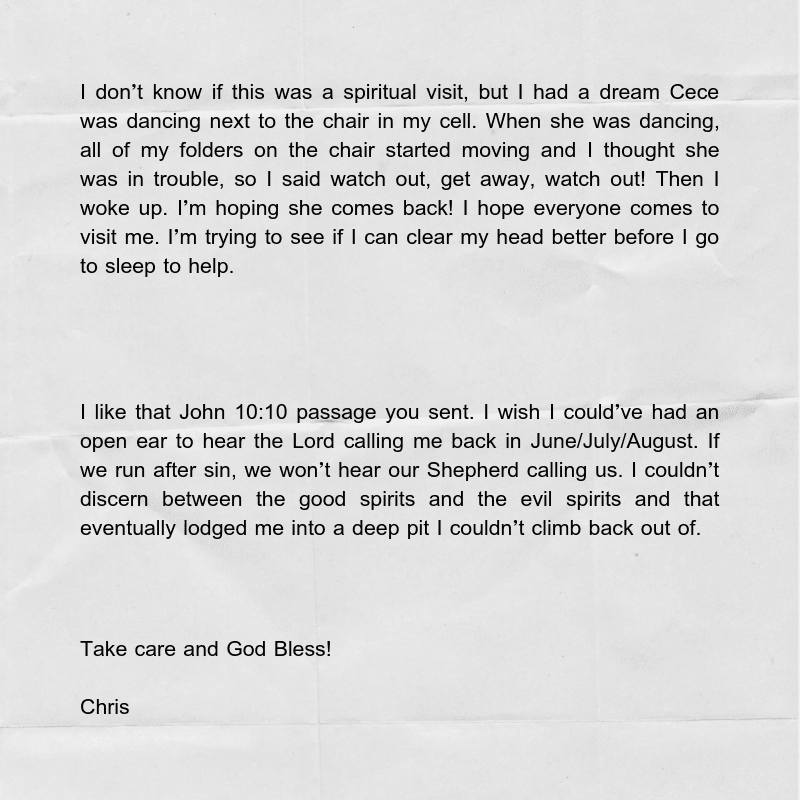 The one thing to take from this letter is that Watts is completely okay with what he did and believes that he should be let out of jail despite his crimes.