Dorothy Allison was a self-proclaimed psychic who has been credited with helping to solve multiple criminal cases. In 1980, the Washington Post did a story on her as she attempted to help solve a case down in Atlanta, Georgia.

Then 54-years-old, Allison was in the middle of a huge book tour when police requested her assistance. In the article, it's reported that her book sales soared after she stopped her tour to help the case, especially in Atlanta.

Between July of 1979 and October of 1980, 10 Black children had been murdered and four had gone missing. The police suspected that it was the same person committing the crimes but were at a loss. At the time, Allison had a helping hand in over 100 cases. She was involved with Patty Hearst's kidnapping and even the John Gacey murders. According to the WaPo article, she had honorary sheriff's badges, affidavits from police departments, and even FBI member's trust.

Allison worked as a psychic investigator up until her death in 1999. Most of the cases she worked on were homicides, and many of them involved children. She did not get any compensation for her work, but she did get publicity. She worked over 5,000 cases, solved a dozen murders, and found 50 missing children. 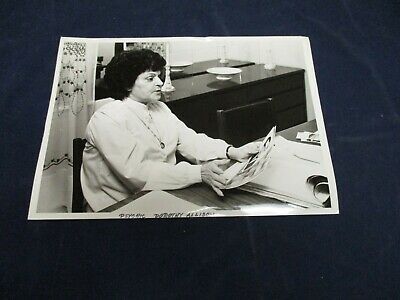 Not everyone thought that she was real. Paterson, N.J. police detective George Brejack called her a fraud. They worked together on a case in the city where Allison led them to led ends and roundabouts. Eventually, she gave up. The police solved the case themselves, and Brejack claimed that Allison wanted some credit to help promote her book. Allison said that he was just jealous.

It's hard to say whether or not she was a fraud. It's possible that she had these powers, but she also wanted the money and would do anything to get it.