Actors Who Had Near-Death Experiences on Movie Sets

Acting isn’t easy. There’s a lot that goes into it, including mental and physical strain. It’s not uncommon for things to go wrong on a movie set, either. Sometimes, these errors have life-altering effects. Naturally, movies with a lot of stunts have more room for disaster. For example, in Star Wars, Harrison Ford almost didn’t want to return forÂ The Force Awakens. 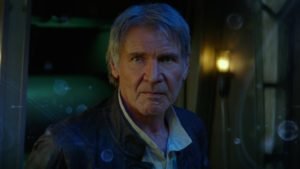 He would definitely regret his decision. Not too long into filming, Ford was crushed by the hydraulic door of the MillenniumÂ  Falcon. He only walked away with some minor injuries and a broken leg. He was lucky since that door weighed as much as a compact car. Jennifer Lawrence is another actor who dealt with a pretty harsh injury. She went fully deaf in one ear for months after filmingÂ Catching Fire.Â She had multiple ear infections from filming in the water. In a separate incident, she got her eardrum punctured.

While filmingÂ Mockingjay Part 1, she nearly suffocated during a scene with a smoke machine. It’s not only the movies with stunts, though. InÂ Cast Away, Tom Hanks nearly died during filming. After receivingÂ a small cut on his knee, he developed a staph infection. These types of infections are dangerous due to how quickly they can poison your blood if ignored long enough. Hanks did that, and it almost cost him his life.

One last example of a movie where things shouldn’t have gone wrong is inÂ The Exorcist. Ellen Burstyn was filming with her movie daughter in the infamous scene where Regan slaps her across the room. Burstyn suffered permanent spinal damage due to how the cable she was tied to was pulled. The shot stayed in the movie.

Next time you think being an actor is easy, think about these poor folk who have either dealt with permanent damage or almost died!