Caught on Video: A UFO Flying Over New York City

A New York City resident witnessed something incredible in the sky over his Bronx home. Three UFOs (or one large one) had been circling the area, moving in sync in the form of a triangle. The lights were visible even in the polluted city sky...

The resident was able to capture the lights on camera and post it to YouTube. In the recording, the incredulous witness says, “They fly nearby and look like stars. This is a triangle and I don’t know what it is.”

Naturally, skeptics and believers alike latched onto this video like a lifeline. A lot of people tried to debunk the lights as Chinese lanterns or drones, but both of those are not possible. Floating lanterns do not move so perfectly like in the video. Drones are not possible because it's extremely difficult to get a permit to fly a drone in New York City, no less three.

So, if not lanterns or drones, then what is it? One skeptic tried to say that it was a top-secret American TR-3B aircraft, which is basically a spycraft. According to theorists, these aircraft move slowly and silently and is invisible on radars. 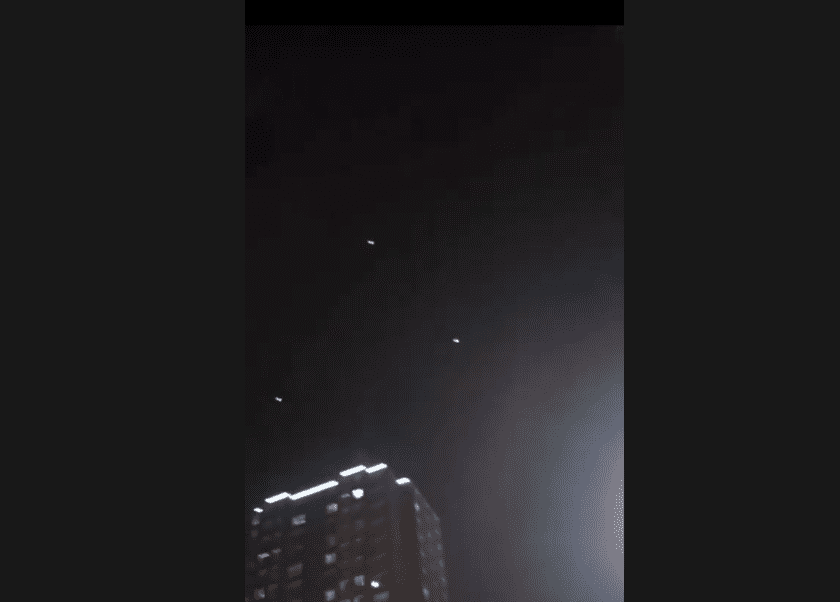 Lights such as the ones seen in the Bronx are not new. There have been tons of other sightings all over the world of lights that behave similarly. At this point, there's no true debunked theory and the lights are still up for debate.

Whatever it was in the sky, it drew a lot of attention.