Nancy Grace is a big name in the true-crime industry. She is usually on television reporting some of the most gruesome cases that the world has to offer. She was a big name for the Casey Anthony case and even the JonBenet Ramsey case.

She is releasing a docuseries called In the Valley of Sin: A True American Horror Story. This will be a six-part docuseries showcasing the false allegations of horrific child abuse in a Washington state town. The full series will be fully available on May 14th.

In 1995, the town of Wenatchee became "the Salem of the Northwest" due to the mass hysteria of sexual abuse accusations. There were intense allegations of a child sex trafficking ring that was operated by multiple adults who lived in the town. Investigators were able to arrest 43 residents, 29 of which were charged with more than 29,000 counts of child abuse.

After all of the investigations had concluded, it was found out that none of it had ever happened. It was a bizarre witch-hunt that led to the destruction of families. 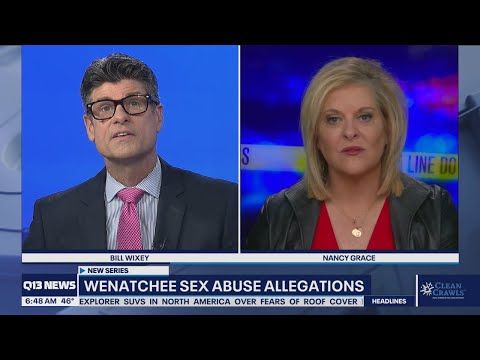 It all started when Detective Robert Perez was told by his 13-year-old foster daughter that she had been molested. He put his daughter in his police car with two social service caseworkers and drove around town for her to point out where it happened. She listed 22 locations. Many of the people convicted were poor and had intellectual disabilities. They were subsequently coerced into a false confession. Those of the accused who had the means to fight the accusations did so and were eventually acquitted. Perez's daughter eventually recanted her story and apologized to a local paster whom she claimed abused her. She said that she felt Perez had pressured her to continue her lie.

This docuseries will uncover how the town is doing now, what the families of the accused are up to, and even some interviews of the children who claimed that they had been a part of the ring.