Samantha Hartsoe is your average 20-something woman living in New York City. She occasionally posts to her TikTok account, but nothing ever too crazy... That is until she found an entire apartment behind her bathroom mirror.

She originally posted a video saying that she felt a bizarre breeze coming from her bathroom. She proved her sentiment by showcasing her baby hairs blowing in the wind... The bathroom had no windows. It took her a minute, but she noticed that the wind was coming from the mirror. So, she got to investigating. 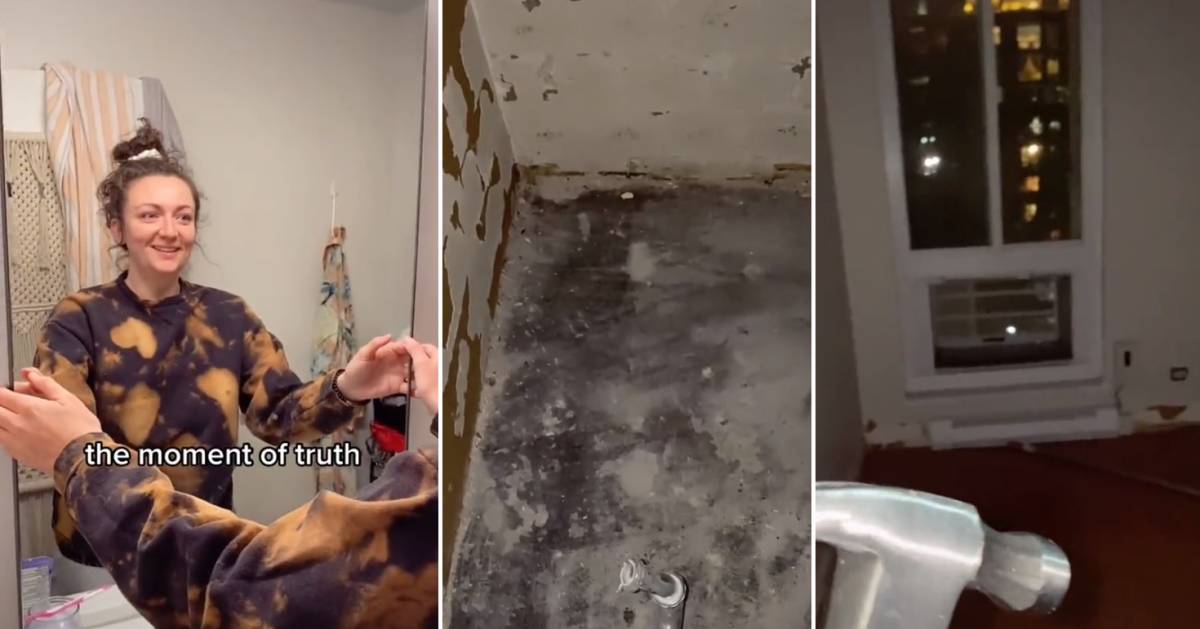 With the help of some friends, she removed the mirror. Everyone was shocked to see that there was an entire opening that led to another apartment. Not only is that a safety hazard, but it's also a privacy hazard as well. Hartsoe chose to disregard the safety hazard and climb on in. Thankfully, she was only uncovering an empty apartment.

It looked as if the building owners were renovating the place and gave up mid-way. It also seemed like someone had been living there, as Hartsoe showcased empty drink bottles and discarded food wrappers.

Hartsoe ended up finding the front door of that apartment and locking it since it was unlocked. After her little adventure, she placed the mirror back over the hole with the promise of calling her landlord.

As horrifying as it is, it most likely is just a failed renovation done by her landlord and not a creepy murder cave... Well, hopefully.