A lot of people seem to be under the impression that we are in a simulation. Sometimes, folks capture "glitches" that happen when the simulation isn't running correctly (according to the theory, of course). This includes birds flying in place and not moving, planes hovering, and objects appearing out of nowhere.

This Reddit user believes that he caught a glitch in the matrix while on a bus ride:

This woman is posted up against a car and taking a photo of herself with a digital camera over and over again. She snaps the selfie, turns the camera around, looks at the photo for half of a second, and then takes another one. No other part of her body moves other than her arm.

Some users are quick to judge and think that she really is "glitching." 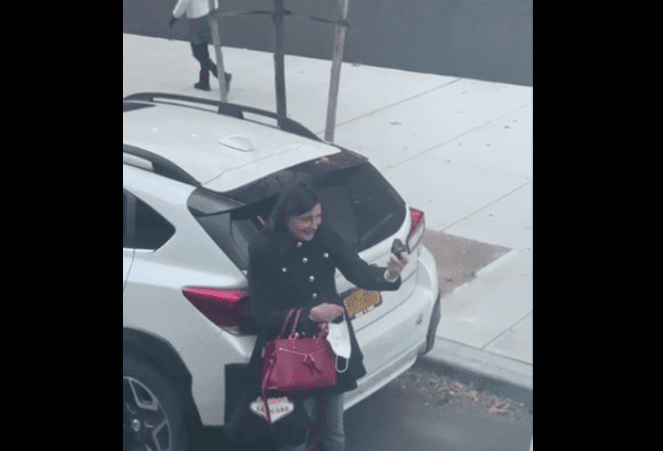 Other users seem to think that she's having some sort of mental episode where she can't break herself out of a stance. Either way, it's a creepy sight and we're hoping that the woman is okay.