An Indonesian woman was swallowed whole by a python last week. She lived on Muna Island off of the coast of Sulawesi.

Apparently, she went to check on her cornfields when she was attacked by the python. It was only a half-mile from her home. Her sister noticed that she hadn't returned, so she went out to find her. That's when she found her footprints, flashlight, slippers, and machete on the ground.

Her sister gathered 100 villagers to search the area. They found a 23-foot-long snake with a swollen belly. They killed the snake, cut it open, and found the woman inside.

Officials believe that she was first suffocated by the snake before getting eaten. This particular python, a reticulated python, will secure its prey with a bite before wrapping itself around the prey to kill it. 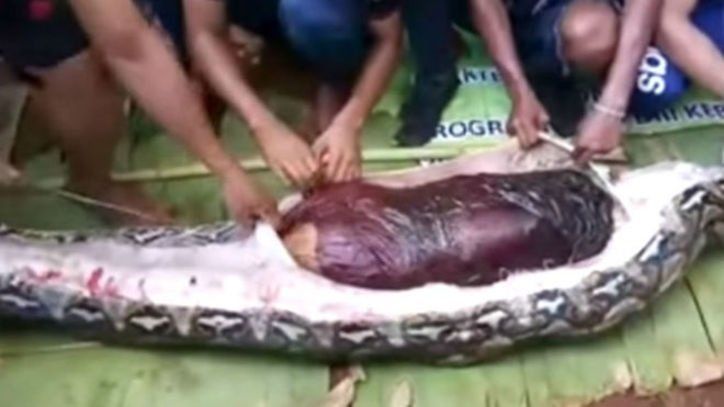 Python attacks on humans are very rare, which is why her death is especially tragic. Villagers assume that she was actually worried about wild boars attacking her crops, which is probably why she was caught off-guard.