Ghost of a Headless Woman Caught on Camera

Paranormal enthusiasts love to get out and ghost hunt. Everyone wants to capture that one piece of evidence that goes viral. One Reddit user stumbled across an old photo from a small paranormal excursion he went on three years ago. The photo shows the obvious figure of a woman, either without a head or with dark, black hair. In the post, he claims that the photo is unedited minus some brightening to bring out the creepy headless figure.

"I took this picture in Bisbee, Arizona. I went there because it is haunted," he wrote. "I love going to haunted places but have never caught any evidence of experiences besides this. I took this picture with flash at around 3 am, facing into an EMPTY courtyard. (i was just walking around the whole town snapping dumb pictures to find ANYTHING) Not a single soul was out, it was late. I didn't see anyone when the flash lit up the area, and if I saw a person in a white dress standing in front of me, human or not, I would have freaked because I'm the jumpiest person ever and I was alone." 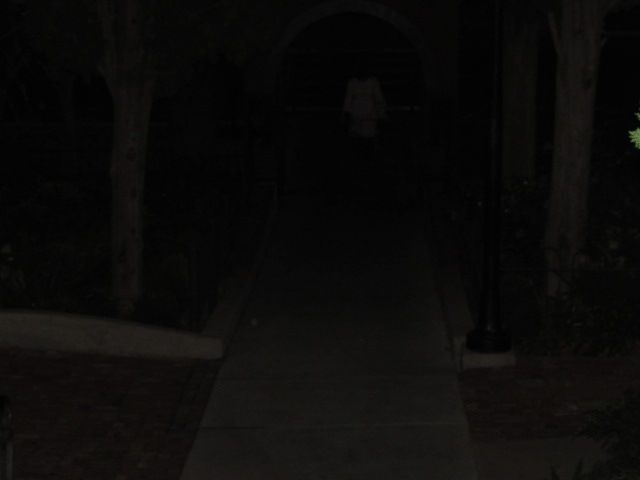 The first photo he posted was the original. After he explored, he went back to his hotel room and scanned through the photos on his camera. That was when he saw the creepy headless figure.

The photo very obviously shows that a person is there. If what the Reddit user says is true, then this could really be some compelling evidence! Most instances of pareidolia are due to matrix-ing in a dark photo or other textures. This doesn't seem to be the case with this particular photo... 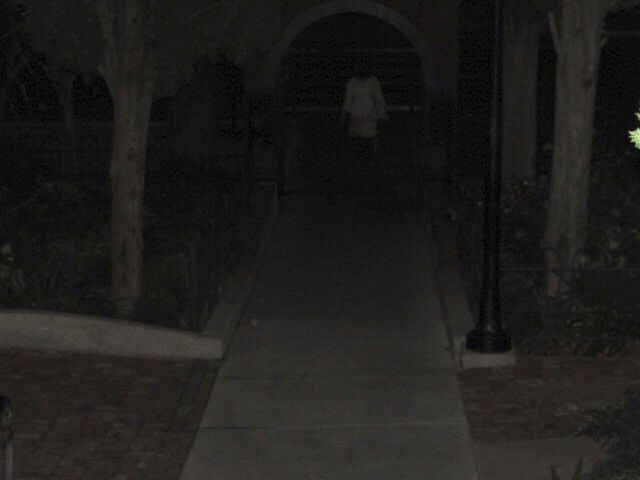 The location of the photo is an outdoor staircase. It seems that the headless woman is perched on the stairs, maybe making her way up. There isn't anything on the staircase that would create such a figure, which is why the Reddit user is so freaked out.

He posted it for some answers after sitting on the photo for three years. Other users in the thread believe that this very well could be some compelling evidence of the afterlife!