The Stimson House in Los Angeles, California is also known as the "Red Castle" for its foreboding architecture. The home has famously been the setting for many horror movies, which makes it insanely creepy!

The home was built in 1891 for a Michigan lumber and banking millionaire Thomas Douglas Stimson. Upon completion, the Los Angeles Times called it the "costliest and most beautiful private residence in Los Angeles." At one point, someone attempted to blow up the home with dynamite. Apparently, the perpetrator was a private detective whom Stimson hired. Harry Coyne convinced Stimson that a Mexican criminal was out to get Stimson, but it was all a long con. 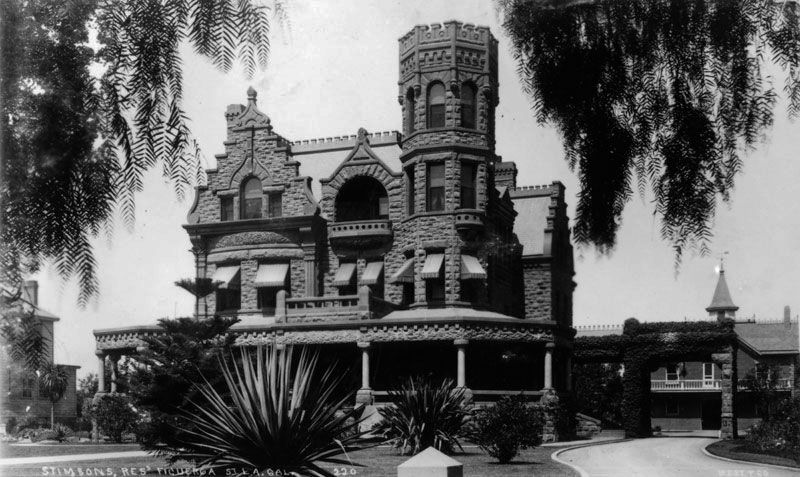 Stimson died of heart disease two years after the attempted bombing in 1989. His widow lived in the home until she passed away in 1904. Edward R. Maier bought the home for his family. They lived there until the 1940s when a fraternity from the University of Southern California moved in. The home was eventually bought by a neighbor who was sick of the loud parties and other issues that the college students always seemed to drum up. Carrie Estelle Dohney donated the home to the Sisters of St. Joseph of Carondelet.

The home was used as a convent from 1969 until 1993. The sisters let Mount St. Mary's College use toe home for school housing, but they moved in one semester later. An earthquake in 1994 rocked the foundation and caused considerable damage to the home. 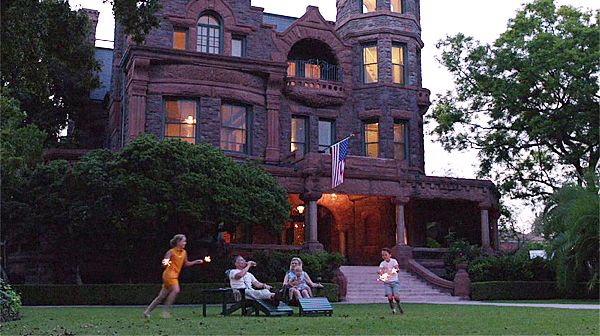 In film history, the home has been used in tons of creepy TV shows and movies. It was featured in a 1976 episode of The Bionic Woman titled "Black Magic." In the episode, the home was set on a remote island in the Louisiana bayou where a deceased millionaire sends his greedy family on a dangerous scavenger hunt. The home also appeared in the 1989 horror anthology After Midnight. It was featured as a mortuary in the series Pushing Daisies and was even in an episode of Mad Men.

Most famously, the house was a backdrop for the film House II: The Second Story in 1987. Seems like LA is the perfect spot for haunted houses!