In what was meant to be a “humane” way to keep convicts off the streets, things got very twisted very quickly in the city of brotherly love. The Eastern State Penitentiary is right smack in the middle of Philadelphia’s Fairmount section. Tons of residents and businesses can call the eerie prison their neighbor. Eastern State cost $800,000 to build, which was a huge amount back in 1829. Prisoners had their own private toilets, were served three heavy meals a day (usually boneless beef, pork, or soup and tons of potatoes) and even had their own private exercise areas. To top it off, each cell had it’s own skylight, letting in the natural daylight that most prisons would never have.

It seems like a utopic dream, but you can only enjoy materialistic items in a psychologically damaging place for so long. Eastern State used the â€œseparate system” method. Prisoners were prohibited to interact with other prisoners at all. It was all solitary confinement. They werenâ€™t allowed to talk to each other or even to the guards. When guards took them out of their cells (on a rare occasion) inmates were forced to have hoods over their heads. Silence was necessary. Guards were made to wear shoe covers as to not make any footsteps sounds. It was complete silence and isolation. 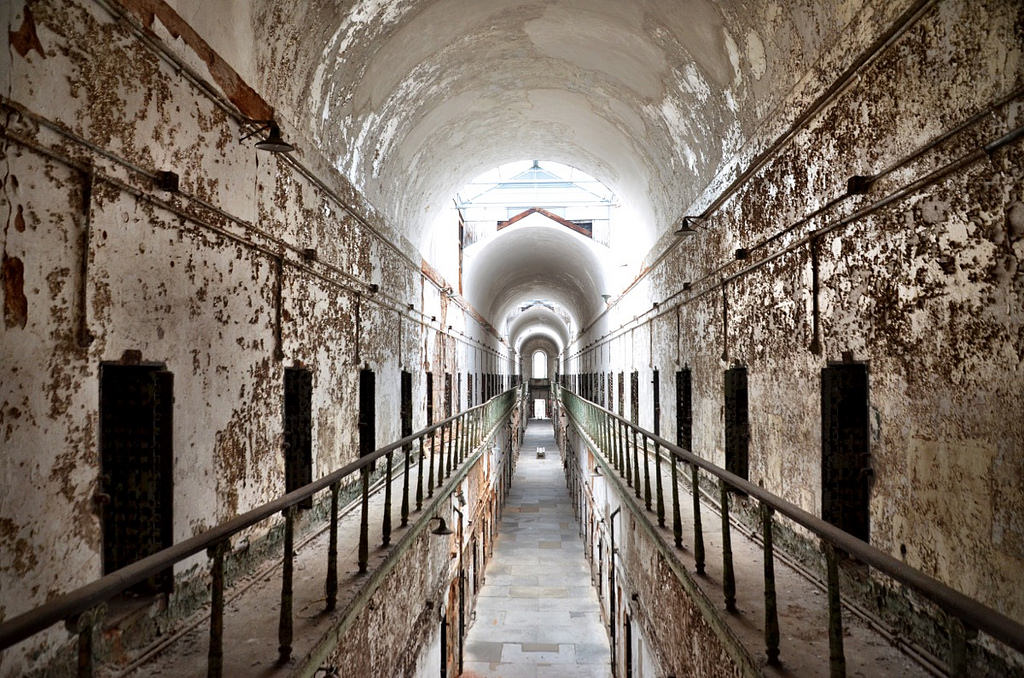 When Charles Dickens visited the prison in 1842, he wrote, â€œThe system here is rigid, strict, and hopeless solitary confinement. I believe it, in its effects, to be cruel and wrong. I hold this slow, and daily, tampering with the mysteries of the brain to be immeasurably worse than any torture of the body.â€ The prison closed in 1971 and was made into a museum. They show off Al Capones cell as one of the main attractions. There are also tons of ghost sightings and stories. Many inmates have suffered within those walls, it makes sense that their tense residual energy would be trapped there.